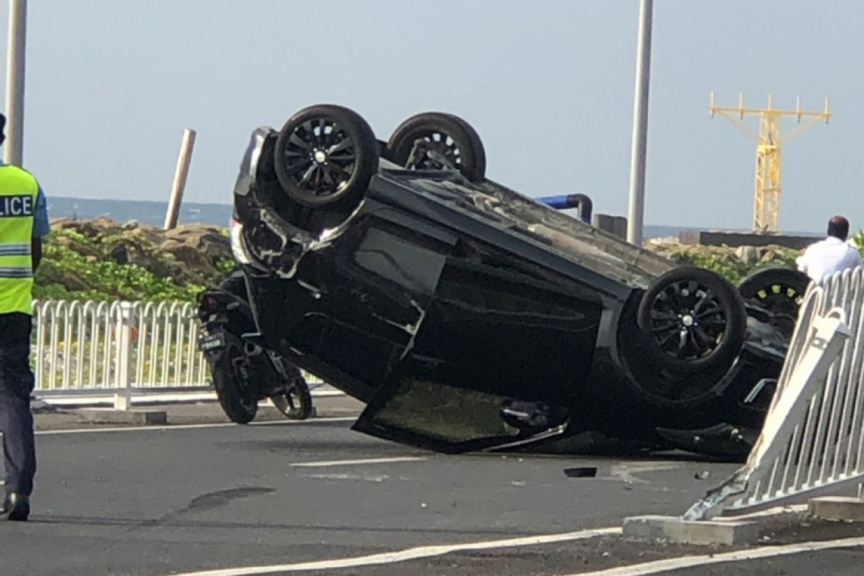 File photo of a traffic collision at the Hulhumale' highway. (File Photo/Sun/Mohamed Shafeeu)

An elderly man has been admitted to the Hulhumale’ Hospital after sustaining injuries in a collision at the Hulhumale’ highway this Wednesday afternoon.

‘Sun’ has been informed the collision involved a van and a motorcycle.

The injured party is the person on the motorcycle – identified as a 61-year-old man.

Senior PR Officer of Aasandha Company, Ashiya Solih reports the man was brought in at 2:55 pm in a police vehicle.

The man has a broken left leg, with a fragment of bone breaking through the skin.

This is the second traffic collision to take place in Hulhumale’ this Wednesday.

The first one took place in Nirolhumagu and involved a car which attempted to switch lanes and hit nearby vehicles. Two people sustained injuries in the accident while an eight-year-old child on the backseat of one of the vehicles hit was treated for psychological trauma.

The Sinamale’ Bridge and the Hulhumale’ highway are particularly accident-prone locations. Both Transport Authority and Maldives Police Service have urged road discipline and use of helmets.