2 injured in traffic collision in Hulhumale’ 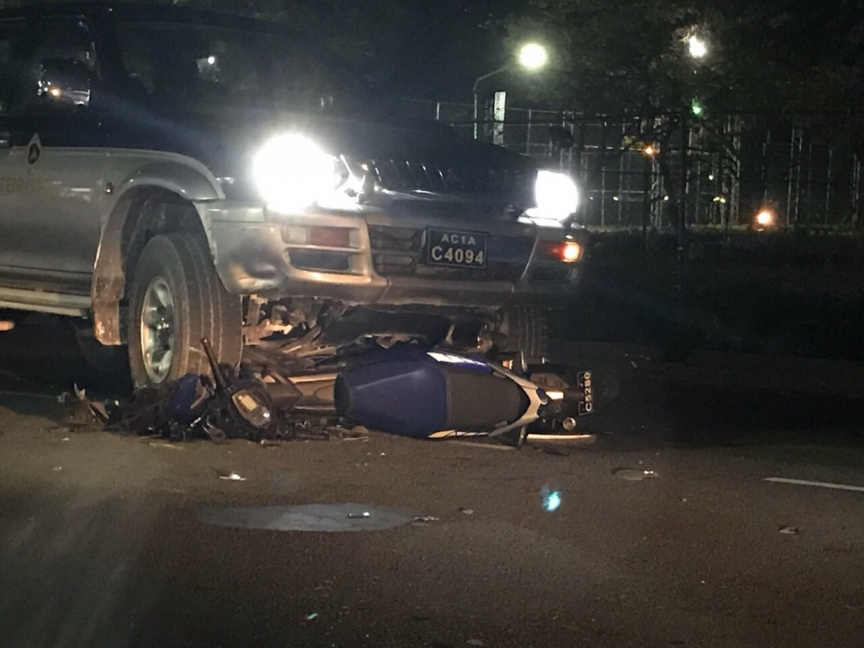 File photo of an accident in Hulhumale'. (File Photo/Sun)

Two men are being treated at the ER of Hulhumale’ Hospital after sustaining injuries in a traffic collision in Hulhumale’ this Wednesday morning.

Maldives Police Service reports the accident took place at the Nirolhu Magu, when a car tried to switch lanes and hit nearby vehicles.

Senior PR Officer of Aasandha Company, Ashiya Solih reports two people were brought in with injuries from the accident to the Hulhumale’ Hospital at 9:45 am.

The 59-year-old sustained a head injury and hand fracture, while 'Sun' has also been informed an eight-year-old child at the backseat of the motorcycle was treated for psychological trauma.

The 54-year-old sustained bruises and a mild nose bleed.

Ashiya reports both the men sustained no critical injuries and are being treated at the hospital’s ER.

President to make weekend trip to L. Atoll for marathon