Relocation of Commercial Harbor to Thilafushi to be initiated this year 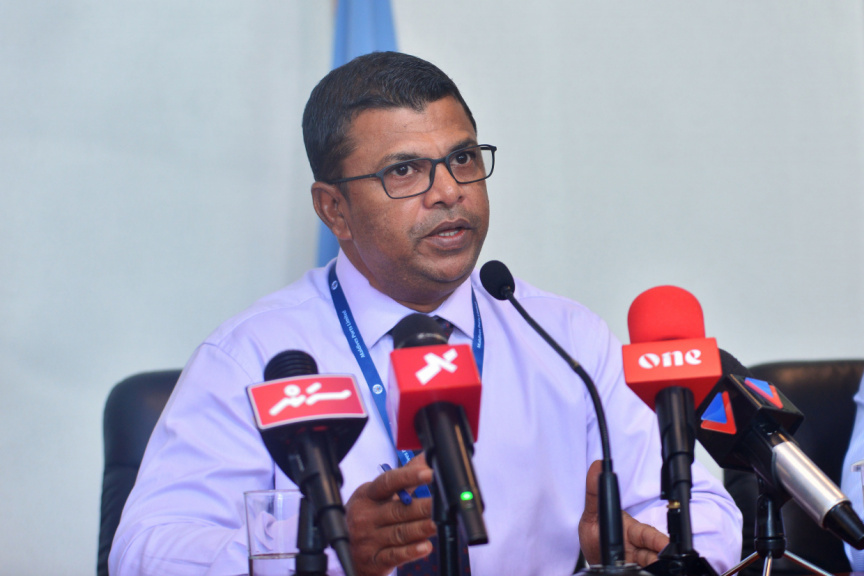 Maldives Ports Limited (MPL) has announced it will begin work on relocating the Male’ Commercial Harbor to K. Thilafushi this year its bid to resolve mounting issues faced by the congested harbor.

Speaking during a press conference by MPL this Tuesday morning, CEO Shahid Ali said relocation of the Male’ Commercial Harbor to Thilafushi was the best solution to resolving its capacity issues.

Shahid stressed that resolving capacity issues at a time when increasing quantities of cargo were being processed by the Male’ Commercial Harbor imperative, and would bring about a huge relief.

He said that congestion was leading to an increase in time spent on unloading cargo. And said the Male’ Commercial Harbor needed three to four times its current capacity to resolve the issue.

“There are always at least three ships waiting in queue at the harbor. Services can be provided to only two ships at a time. We prioritize perishable cargo in our service,” said Shahid.

He said that MPL expected the work on relocation to be completed within three years.

He added that MPL was working acquiring spare parts needed to repair and increase the quality of its resources.

Shahid said five of its main machinery were currently damaged beyond use.

“We are working on resolving these issues,” said Shahid.