DJA: Suood can be held in contempt of court 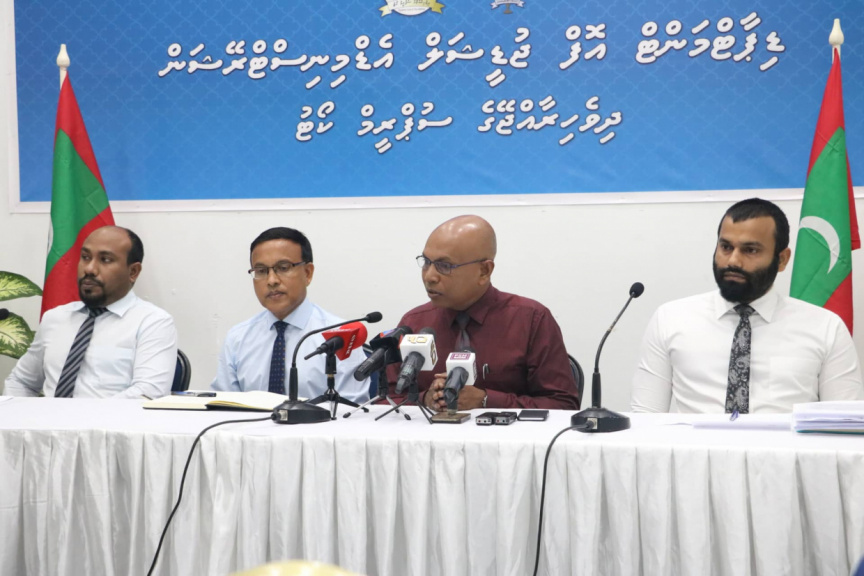 The allegations of affiliations between gangs and Maldivian judges made by Husnu Al Suood, former Attorney General and Chair of Commission on Disappearances and Deaths, is an act of contempt of court, and there is no legal barrier to penalizing him for the act, says Department of Judicial Administration (DJA).

Suood voiced lack of hope for justice from current Maldivian judges and alleged they were compromised by gangs during a press conference by CDD on December 30, 2018.

Suood is currently being investigated by the Judicial Service Commission (JSC) for his comments.

Speaking during a press conference held by DJA this Wednesday, Chancellor of Judicial Academy, Ahmed Majidh said the Supreme Court sent a letter to CDD asking for information and evidence to support the claims made by Suood on December 30.

He said Suood failed to provide an answer within the given duration, and later sent a letter declaring his refusal to answer the Supreme Court’s demands.

“Spreading information which may lead to loss of public trust in Maldivian courts, create a negative image regarding the Maldivian courts and judges in the minds of the general public, and creating distrust and questions over the work of the courts can be taken as an act of contempt of court,” said Majidh.

He said that Suood’s refusal to share evidence to support his claims with the Supreme Court made his integrity questionable.

He said that Suood had no reason to refuse to share evidence with Supreme Court if he, in fact, had any credible evidence to support his claims.

“Spreading this information among the general public in the aforementioned manner and then refusing to cooperate with the Supreme Court proves the claims are false, not credible, and that his intentions were not right in making the claims,” said Majidh.

“No one is exempt from the regulation to protect the integrity of the courts. Everyone is equally liable. I find a person charge with certain responsibilities by the State and attorneys are even more liable,” said Majidh.

Speaking during the CDD’s press conference on December 30, Suood said the commission had information uncovering a system of influence by gangs over judges and court staff, exercised to release suspects and influence rulings.

Suood said the commission also had information of appointment of judges nominated by gangs and existence of ‘quotas’ of judges to courts by individual gangs. As well as backroom deals made between gangs, influence over witnesses and perversion of witness testimony in the middle of murder trials.