100 containers on City of Shanghai brought to Male’ 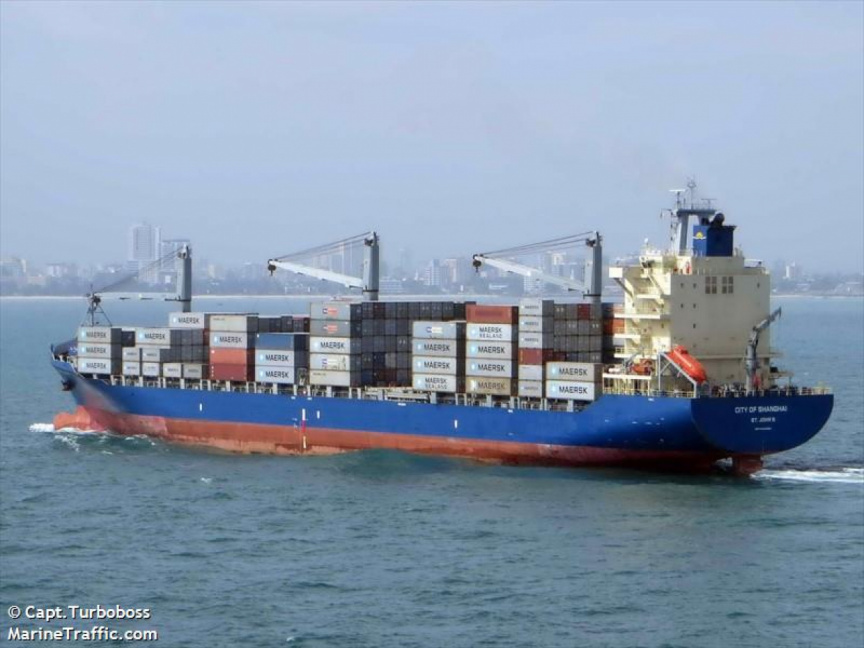 The 100 containers of stock of Maldivian businessmen on the City of Shanghai cargo ship which left the port without unloading have now been transported to Maldives on another cargo ship.

The ship, which was originally scheduled to arrive in Maldives on December 19, arrived at the Male’ Commercial Harbor on December 25, where it waited for nine days before departing to its next stop, Sri Lanka, on January 3, one day ahead of the date assigned by Maldives Ports Limited (MPL) to unload 100 containers of cargo to Maldives.

TTS reported at the time the City of Shanghai left for its next destination due to schedule disruptions caused by the delay in being unable to unload the cargo.

MPL’s Managing Director, Shahid Ali reported to ‘Sun’ this Wednesday that the 100 containers were transferred to another cargo ship, which arrived in Maldives last Tuesday evening.

He said it will take approximately 10 days to unload the cargo.

“There are currently two ships waiting in queue. As per schedule, they need to be allowed to unload their cargo before other ships,” said Shahid.

Shahid reported to ‘Sun’ earlier that MPL was facing capacity issues and delays due to deterioration of its equipment at the Male’ Commercial Harbor.

He said the MPL was holding talked with the government to establish a port in Thilafushi to ease the burden of Male’ Commercial Harbor.

DJA: Suood can be held in contempt of court