3 Cabinet ministers head to Japan upon conclusion of India visit 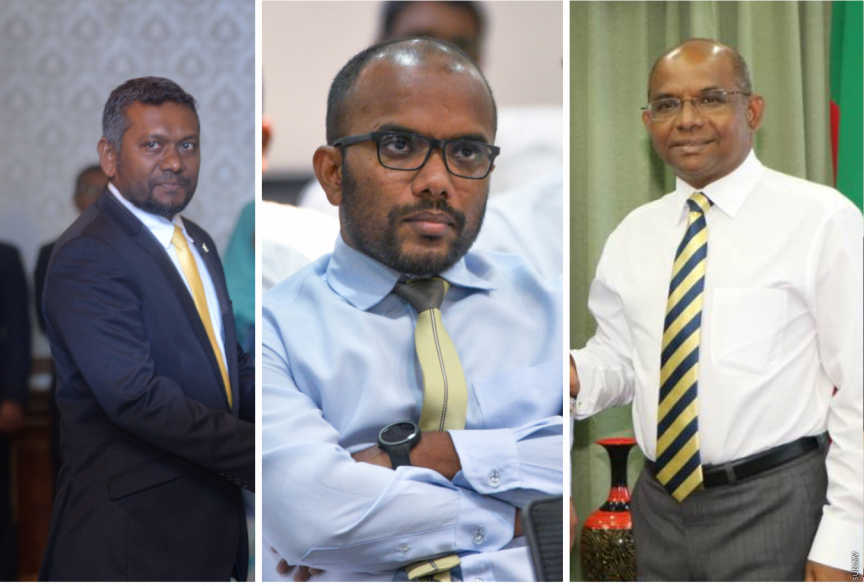 Minister of Foreign Affairs Abdulla Shahid, Minister of Economic Development Fayyaz Ismail and Minister of Finance Ibrahim Ameer have departed to Japan upon conclusion of their trip to India as part of Maldivian President’s State visit.

However, ministers Shahid, Fayyaz and Ameer stayed behind, and announced they will be flying out directly to Tokyo, Japan, next.

He did not disclose any details regarding the nature of the planned discussions.

Speaking to press upon conclusion of the State visit to India last Tuesday, Shahid hailed the visit as the foundation to establishing strong ties with bilateral partners.

He said that Maldives will not be a reason for ties between any two nations to sour, and pledged to make Maldives a trustworthy and honorable nation in the eyes of the international community.

Foreign Minister Shahid has so far visited two foreign nations since assuming office; twice to India and once to UAE.

Japan will be his third.

Jabir to sue State for USD 50M in damages