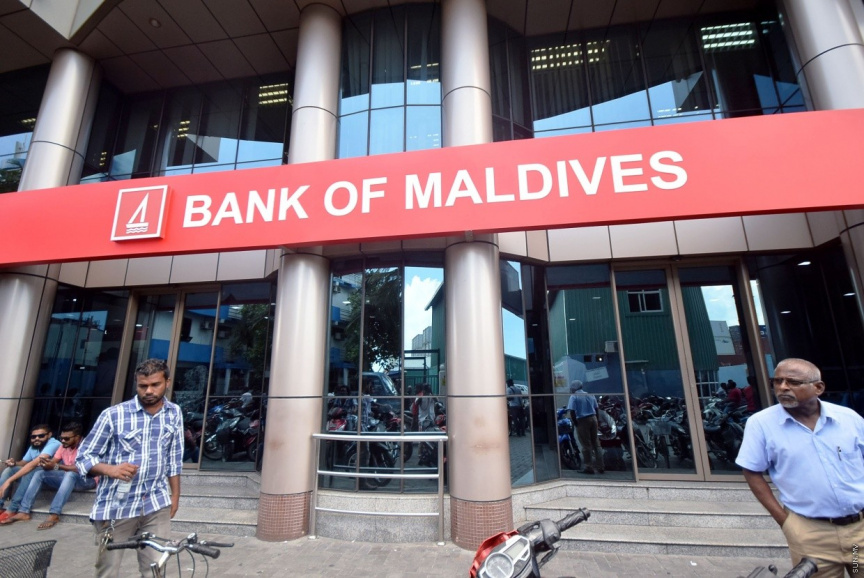 Bank of Maldives (BML) has denied any wrongdoing in connection with the Maldives Marketing and Public Relations Corporation (MMPRC) embezzlement scandal.

An official from BML who spoke to ‘Sun’ this Saturday morning denied the bank did anything illegal.

“This bank has always operated within banking laws and regulations of the Maldives and international best practice,” said the official.

The official denied the allegations leveled against the bank, but said it cannot make any further comment as the MMRC embezzlement scandal is an open investigation.

During Thursday’s press conference, Yameen questioned how MMA and the banks could have been ignorant of the fact that cheques made out to MMPRC were being deposited to the bank account of SOF Private Limited.

“The question is, why was this allowed within the banking system?”

In a memo sent to BML staff on October 29, the bank said contrary to allegations of wrongdoing against it, it had diligently informed authorities of suspicious activities in the Maldives Marketing and Public Relations Corporation (MMPRC) and SOF Private Limited’s bank accounts since 2014. And that it was also fully cooperative to the Auditor General’s Office when it investigated and released the MMPRC audit report on February 4, 2016.