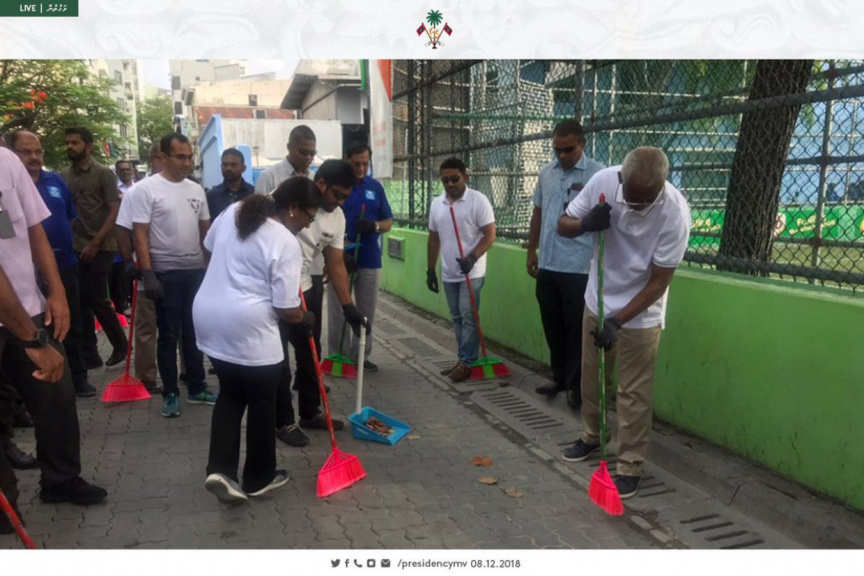 Solih launched the nation-wide cleanup campaign this Saturday morning by grabbing a broom and cleaning the area near the Maafannu stadium.

The slogan for the campaign is ‘Saafu Raajje, Aharenge Ves Zinmaa’ which translates to ‘A Clean Maldives, My Responsibility Too’.

Minister of Environment, Dr. Hussain Rasheed said the main purpose of the campaign was to make people realize waste management and cleanup is also a civic duty. And a value which must be instilled in every citizen.

Dr. Hussain reported during an earlier press conference that the National Cleaning Exercise is not a one-off campaign, but a serial exercise which will be held across the nation.

“It’s my heartfelt request island councils, schools, local businesses and members of the general public run this across the nation. We are responsible for the waste we produce,” said Dr. Hussain.