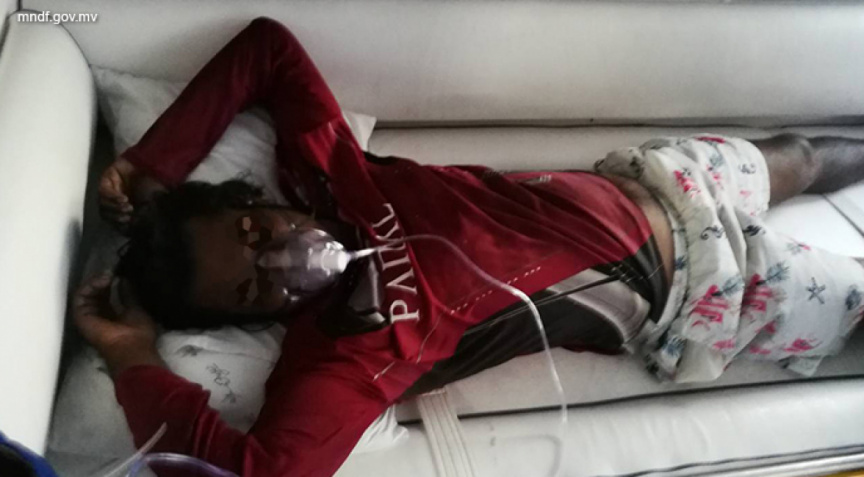 One of the victims of decompression sickness. (Photo/MNDF)

Two of four men who dove into the waters off the coast of Outrigger Konotta Maldives Resort to catch bait on Friday morning suffered decompression sickness; one man passed away and the other – Ahmed Shakir, 24, was first taken to G. Dh. Thinadhoo Abdul Samad Memorial Hospital.

Authorities first announced Ahmed Shakir will be taken to the Bandos Island Resort which has a decompression chamber, but later transferred him to IGMH.

The other two divers are in stable condition.