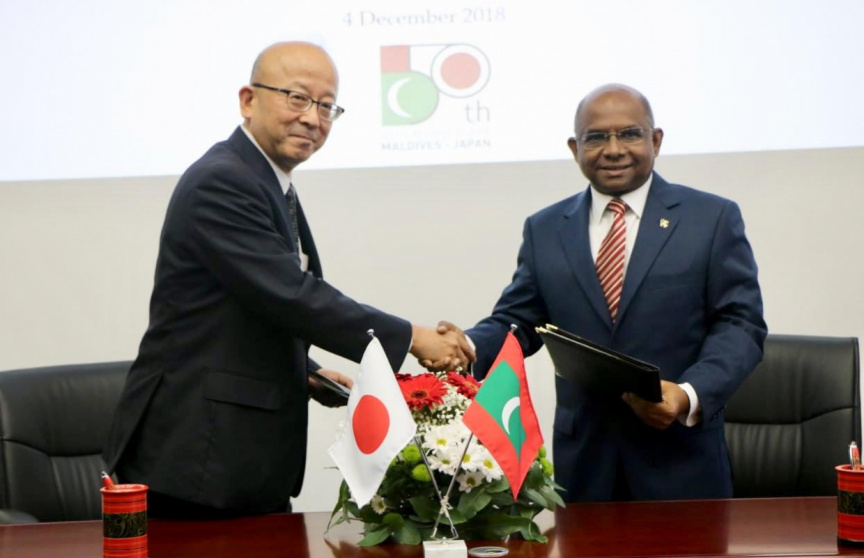 Maldives and Japan has signed the exchange of notes for a grant assistance of MVR 41 million by Japan to Maldives.

The exchange of notes was signed in a function held at Ministry of Foreign Affairs this Tuesday.

The documents were signed by Foreign Minister Abdulla Shahid and Japanese Ambassador to Maldives, Kazumi Endo.

The function was also attended by Special Advisor to Prime Minister of Japan, Kentaro Sonoura, who is on a one-day visit to Maldives.

Foreign Ministry reports the grant will be used to strengthen oil spill prevention and response, and to reduce harmful environmental impact of oil spills in Maldives.

Minister of State for Foreign Affairs, Ahmed Khaleel also hosted a lunch in honor of Kentaro Sonoura and the delegation from Japan this Tuesday afternoon.