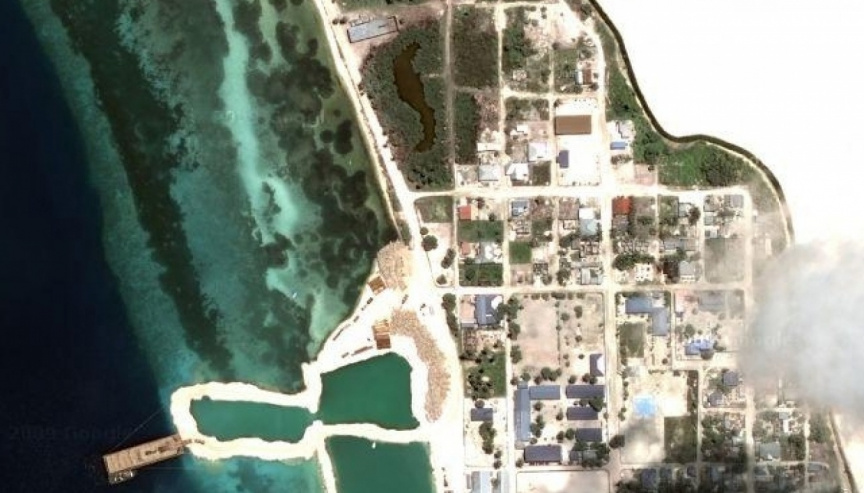 An aerial shot of G. A. Vilingili. (File Photo/Sun)

Bank of Maldives (BML) has suspended services of its branch at G. A. Vilingili amid investigation into a robbery.

BML reports police officers are currently at the scene to investigate the robbery.

“Services from this branch have been suspended for the time being as police are currently at the branch to investigate this,” announced BML.

The bank reports the bank’s services will resume as soon as the police complete their investigation at the scene.

The robbery at BML’s Vilingili branch was reported to Maldives Police Service at 5:30 am this Monday.

MPS says robbers entered the bank by removing part of the roof of the building and stole a large amount of money stored inside the safe.

The exact amount of money stolen in robbery has not been confirmed.