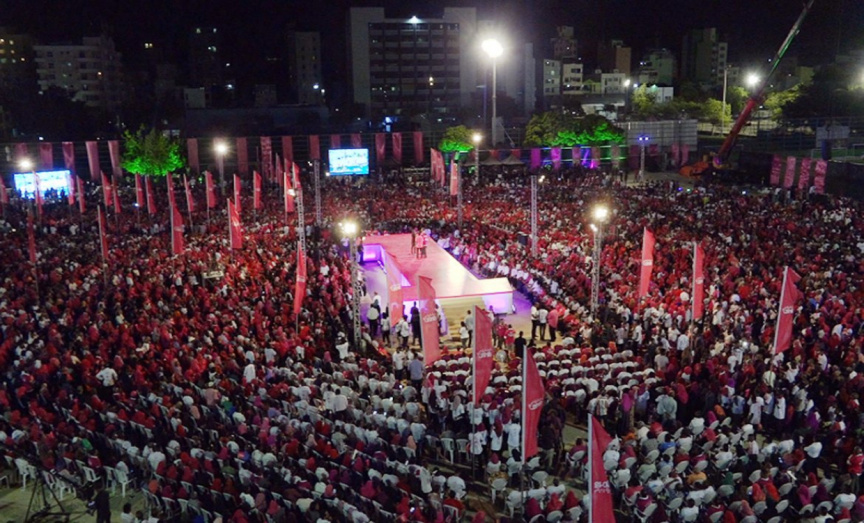 It has come to light that Island Aviation is yet to be paid MVR 3.8 million from the MVR 4.8 million bill for transporting people from across the country to Male’ City for the Progressive Party of Maldives (PPM) campaign event in September, the ‘size’ function.

‘Sun’ has been informed PPM was billed MVR 4.8 million for transporting 2,000 people to and from Male’ City for the function, publicized as an event to show the country the true ‘size’ of support for President Abdulla Yameen Abdul Gayoom’s re-election campaign.

An official from Island Aviation, who asked to keep his name off the record said PPM has so far paid MVR 1 million from the 4.8 million bill. But has not yet paid the remaining MVR 3.8 million.

“They paid MVR 1 million this week. They said in a meeting this week that they will settle the rest next week,” said the official.

Island Aviation recently requested the Elections Commission to offset the remaining payment against the funds headed to PPM by the State. But the EC announced last Wednesday that it cannot grant Island Aviation’s’ request and that funds from the PPM budget can only be deducted via court order.

PPM has been unavailable for comment regarding the unpaid bill.

Funds released to all political parties except PPM