Funds released to all political parties except PPM 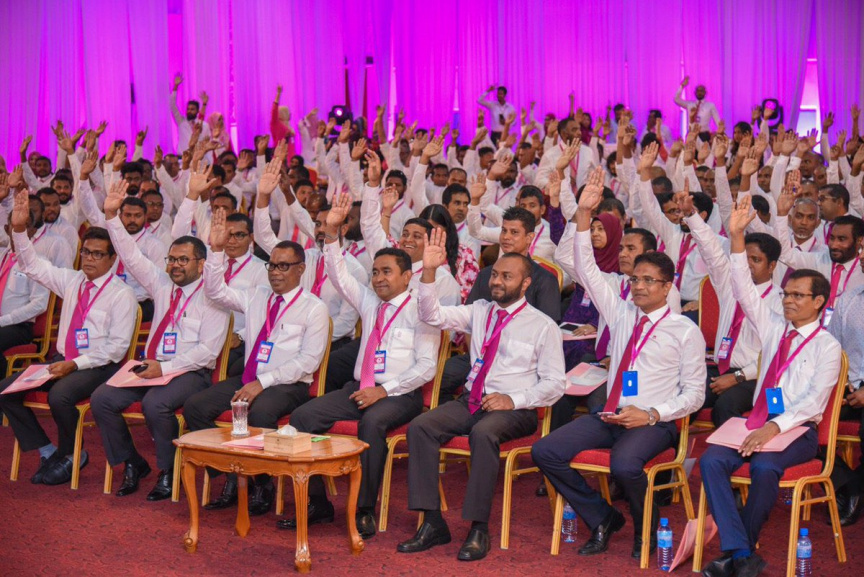 PPM members vote during its extraordinary congress at Dharubaaruge on September 28, 2018. (Photo/Twitter/PPM)

Elections Commissions says it has issued the second batch of State funds to all political excepts for the ruling Progressive Party of Maldives (PPM).

Member and Spokesperson of EC, Ahmed Akram has confirmed to ‘Sun’ that the commission has completed transfer of State funds to all political parties except PPM.

Akram said the funds to PPM are on hold pending the outcome of the lawsuit proceedings at court over the leadership of PPM.

State funds to political parties are allocated according to number of members.

Maseeh steps down as Speaker of People’s Majlis