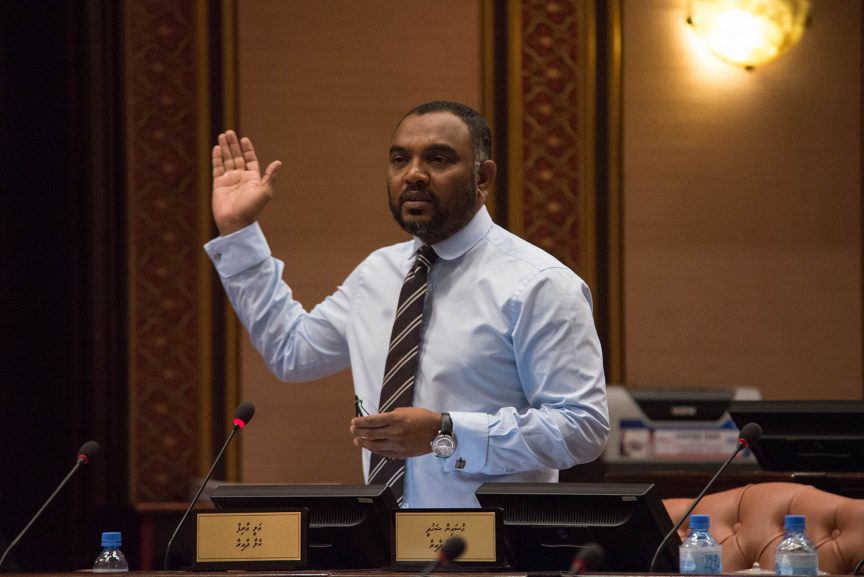 Speaking during the debate on the motion to allow Ibu to take his oath of office on November 11, Arif said Yameen should be allowed to complete his five-year presidential term in its fullest, and that Ibu needs to wait just six more days assume office.

“I assure him, as long as I represent Kelaa constituency and as long he is good to the State, he has my support. But I say this now, don’t make him commit this blunder. Don’t,” said Arif.

Meanwhile, Naifaru MP Ahmed Siyam said Ibu has never acted unconstitutionally, but that he understood Ibu was under a lot of pressure as the President-elect.

All opposition lawmakers, as well as the deputy leader of Progressive Party of Maldives (PPM)’s parliamentary group – Vilufushi MP Riyaz Rasheed argued that Ibu should be allowed to assume office on November 11.

“I support the motion that Ibrahim Mohamed Solih and Faisal Naseem should be allowed to assume office on November 11, 2018 and start a new presidential term on this significant date,” said Riyaz Rasheed.