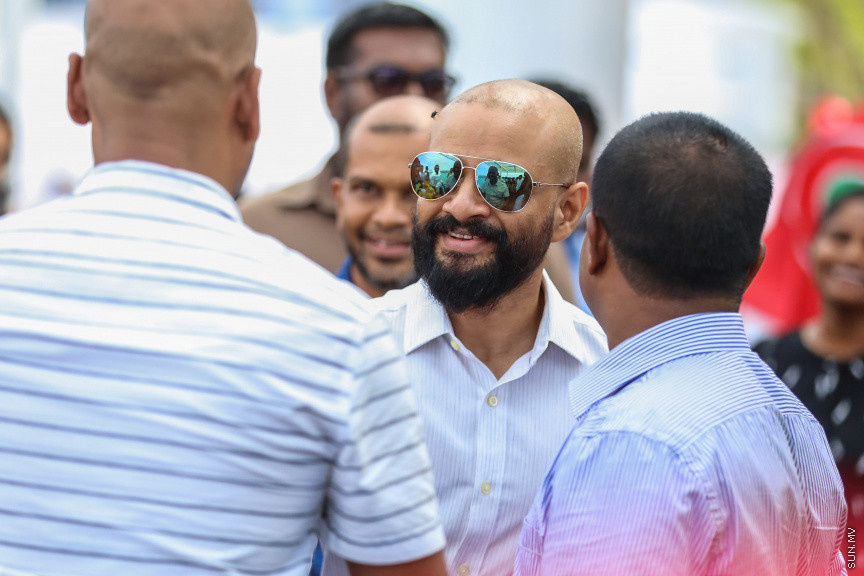 Criminal Court sentenced Faris to four months and 24 days in prison after he was found guilty of using Progressive Party of Maldives (PPM)’s flag and logo without its permission during a press conference held at the Mookai Suites on March 12, 2017.

The High Court overturned his conviction this Thursday with the unanimous vote of all three judges presiding over the case.

The High Court noted in its verdict that Maldives Police Service ensured all his rights under Article 48 of the Maldivian Constitution during its investigation into the case. And that though Faris argued the case against him was filed by a person who had no right to do so, anyone has the right to report a crime to the police.

And in response to the argument by Faris that similar actions by other politicians have gone uncharged, the court said that no such case against a politician has been sent for prosecution and no complaint has been filed for failure to investigate any such complaint.

But the court said statements by the State during the appeal hearings proved the identity fraud trial against Faris was scheduled by the Criminal Court in violation of Article 116 (a) of the Criminal Procedure Code without prior notice and without consultation with Faris. And that Faris wasn’t ensured his rights under Article 51 (e) of the Maldivian Constitution during the trial process – which says all defendants much be allowed sufficient time and resources to prepare their defense.

The High Court also said the State’s comments during the appeal hearings proved some of the hearings in the trial were held in violation of legal procedure. And “the fruit of the poisonous tree” doctrine is therefore applicable in the situation.

The court ruled that the Criminal Court verdict therefore violated the Maldivian Constitution, laws and the Criminal Procedure Code, and acquitted Faris.