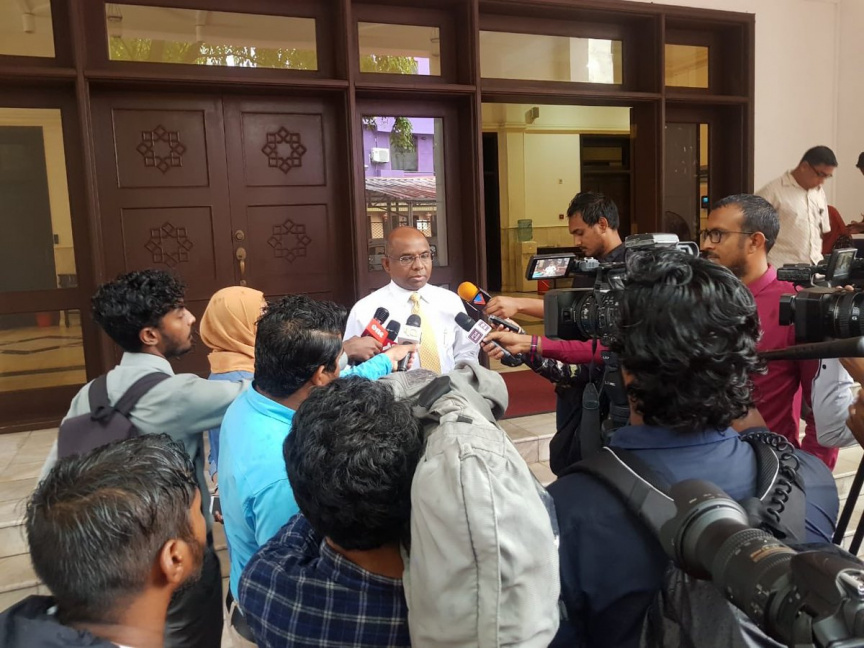 Anti-Defamation Act was passed in 2016 despite widespread protest by the press which saw it as a blow to freedom of expression and freedom of speech guaranteed by the Constitution.

Speaking to press outside the People’s Majlis before making his submission this Thursday, Abdulla Shahid said the Anti-Defamation Act infringes on basic rights guaranteed by the Maldivian Constitution.

“The application of Anti-Defamation and Freedom of Expression Act has led to legal inconsistencies,” said Abdulla Shahid.

Abdulla Shahid said the Act also contradicted with international treaties signed by the Maldives and legal practices and principles.

He said once the Act is abolished, a regulation on compensation for defamatory actions will be established and applied once more.

Abdulla Shahid said he took the memory of multiple parties who have had their freedom of expression violated with him as he submits the Bill. As well as the memory of missing journalist Ahmed Rilwan and the murdered blogger Yamin Rasheed.

“I submit this Bill to abolish this Act keeping in mind the difficulties, violations and sadness suffered by Maldivian journalists, reporters and people who work in the media these past years,” said Abdulla Shahid.

Those who voted to pass the Anti-Defamation Act in 2016 includes several lawmakers who have now defected to the opposition. Abdulla Shahid said he hopes the lawmakers will vote to abolish the Act.

Majlis to take vote on swearing-in Ibu on Nov. 11