Majlis to take vote on swearing-in Ibu on Nov. 11 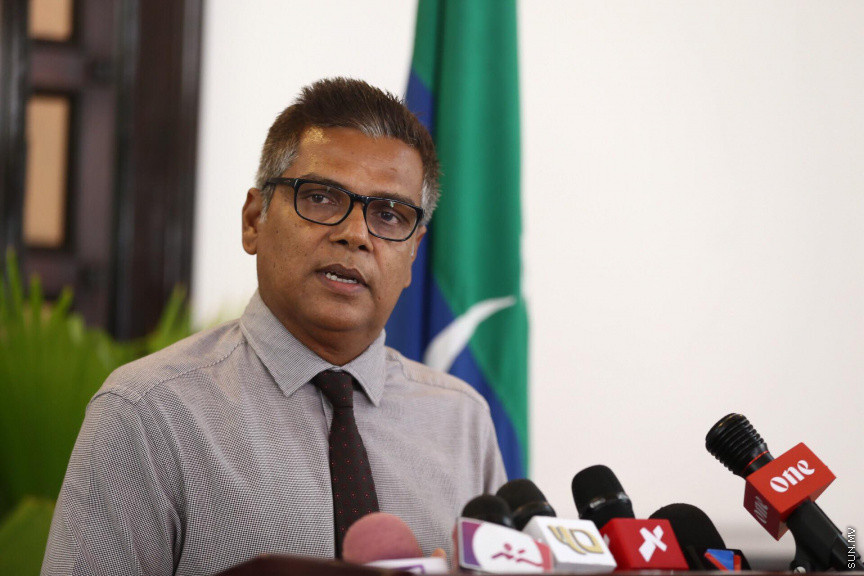 People’s Majlis has made the decision to call a vote on whether President-elect Ibrahim Mohamed Solih (Ibu) should be sworn-in on November 11.

Authorities previously announced Ibu’s swearing-in ceremony as the new Maldivian President will be held on November 17.

Speaking to press this Thursday afternoon, deputy speaker of People’s Majlis, Moosa Manik announced the intention of proposing a motion to urge the swearing-in ceremony to be held on November 11 at the next earliest Majlis sitting.

Moosa said the swearing-in ceremony will be held according to the date lawmakers decide on.

“I am going to propose a motion as Chair to clarify the People’s Majlis’ position as the President-elect’s Office has met with us twice about holding the swearing-in ceremony on November 11,” said Moosa.

“I have asked the Speaker, and with his permission, we are trying to start Majlis sittings next Sunday,” said Moosa.

He noted that there was many legislative work pending at the Majlis, and said he expects the workload to increase once the Majlis opens.

'Transition did not order to stop airport development.'