Hassan Latheef calls for investigation into the President 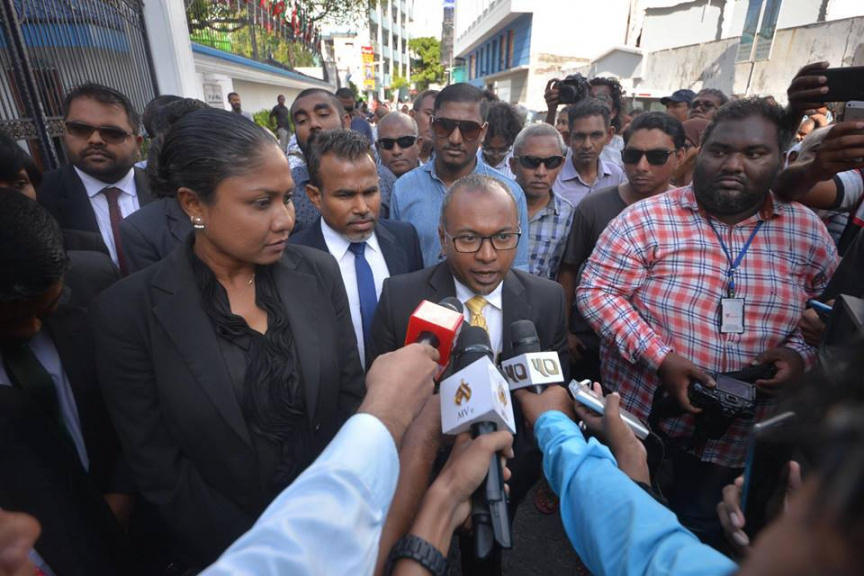 MDP Chairperson, Hassan Latheef has called to start an investigation against the President, Abdulla Yameen Abdul Gayoom and prevent him from leaving the country.

Speaking to the press after the Supreme Court ruled that there is no reason to nullify the recent Presidential Election, Latheef said that major suspicions of theft, corruption and money laundering against the President has been filed with the Maldives Police Service and called to the police to start an investigation as soon as possible.

He said that if the President flees the country, all those involved in the escape should be held accountable.

President Yameen has previously criticized when the former President Mohamed Nasheed and other political figures went into self-exile abroad.

Ibu calls on President to assist with transition