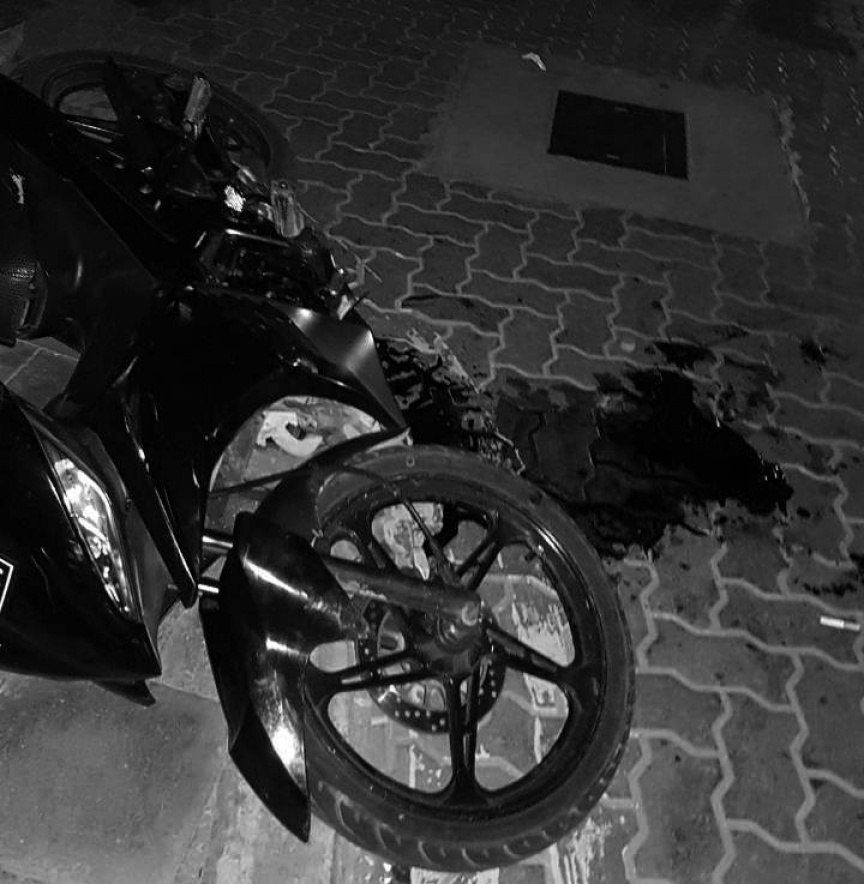 A young man has been injured in a stabbing which took place in Male’ City last Monday night.

The stabbing has been confirmed to “Sun” by Maldives Police Service.

ADK Hospital reports the man is in critical condition and is being treated at the Intensive Care Unit.

A journalist at “Sun” reported from the hospital that the man has been stabbed in his chest, throat and back.

Pictures of the scene of the attack posted on social media shows a large volume of blood on the street and a motorcycle lying fallen on the ground.

Maldives Police Service says an additional incident of gang violence took place in Male’ City on Monday night. The office has not disclosed any details regarding the incident. And has not confirmed any arrests in connection with either incident.