Shaheem to Thinadhoo: Will meet with every regardless of political views 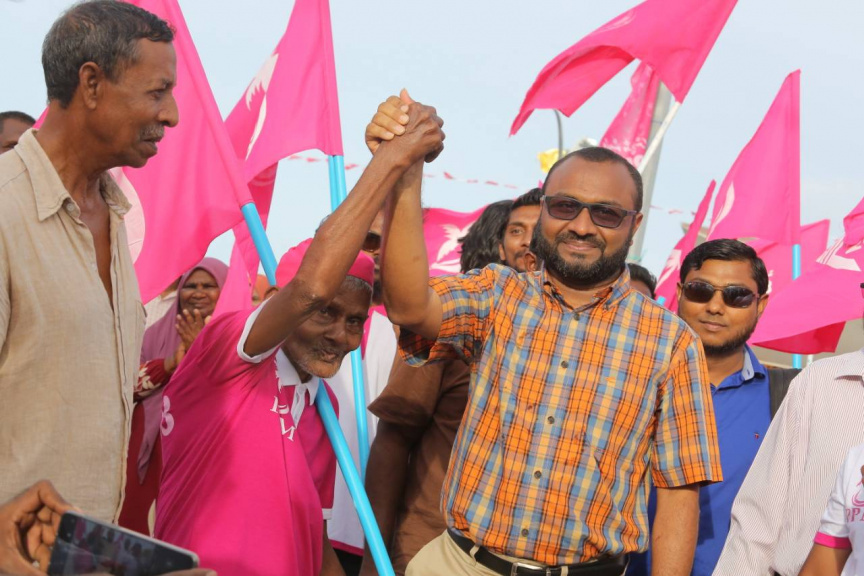 Running mate of President Abdulla Yameen in the up coming Presidential Election, Dr. Mohamed Shaheem Ali Saeed, has said that he would meet with all the citizens of Gaafu Dhaalu Thinadhoo regardless of political standing.

Dr. Shaheem received a warm welcome at Thinadhoo today. Talking to the people near the Islamic Center being built on the island, Dr. Shaheem said that he would meet with everyone on his visit.

He said that Thinadhoo is an island that is being developed by the President with special attention and it shows with the Islamic Center being developed.

Dr. Shaheem said that it is the first such Islamic center being developed in the atolls and that honor goes to Thiandhoo.

He said that President Yameen has asked to run courses from the Islamic University at the Islamic Center upon completion.

'Will take action against campaigns at police stations'