Majlis authorizes President to appoint directors to PSM’s board 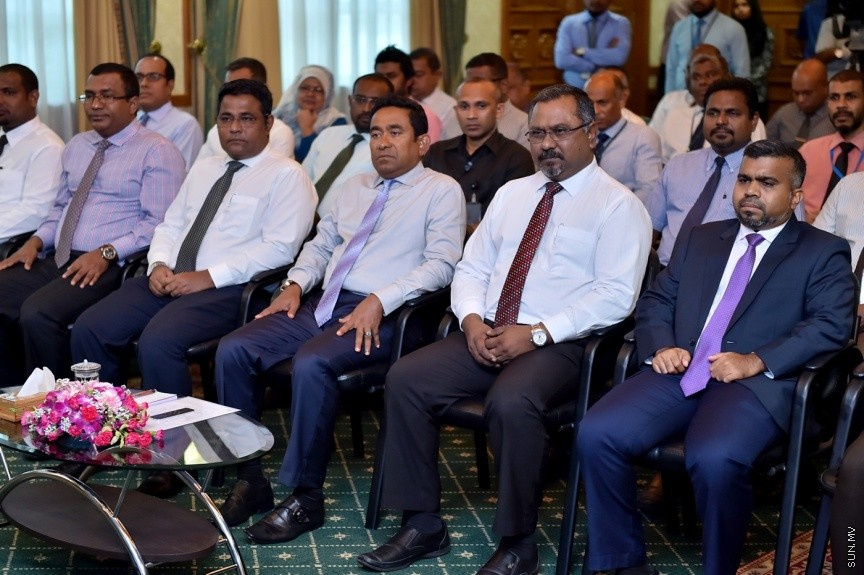 The People’s Majlis has passed the amendment to Public Service Media (PSM) Act which will allow the dissolution of the current Board of Directors at PSM, reduce the number of directors to five, and authorize the President to appoint new members to the Board.

The Bill of PSM Act was submitted to Majlis by Hoarafushi MP Mohamed Ismail. The Bill was passed by the Committee on Independent Institutions with the unanimous vote of all those present during the committee’s meeting last Wednesday, July 18, without any amendments.

The Bill says the seven-member BOD of PSM will be dissolved the moment it is passed by the Majlis and ratified by the President. And that new directors should be appointed to the Board, in compliance with the Act on Privatization, Corporatization, Monitoring and Evaluation of State Companies, within 10 days the law takes effect.

The current BOD of PSM:

PSM Act currently stated that directors to its Board need to be nominated by the President and approved by Majlis.

The Bill on PSM Act passed by Majlis this Wednesday states directors to PSM’s BOD need to be appointed by Privatization Board, and that PSM will have only five directors at its Board (chairman, managing director and deputy managing directors).

The term of a director has been reduced from seven years to four years, and a director can only remain at the Board for two consecutive terms.

The vote on the Bill was postponed two times due to lack of quorum at the Majlis.

Speaker of Majlis, MP Abdulla Maseeh Mohamed raised a motion to hold the vote despite lack of quorum due to extenuating circumstances. 31 of the 35 lawmakers present at the Majlis sitting backed the motion, while four lawmakers abstained.