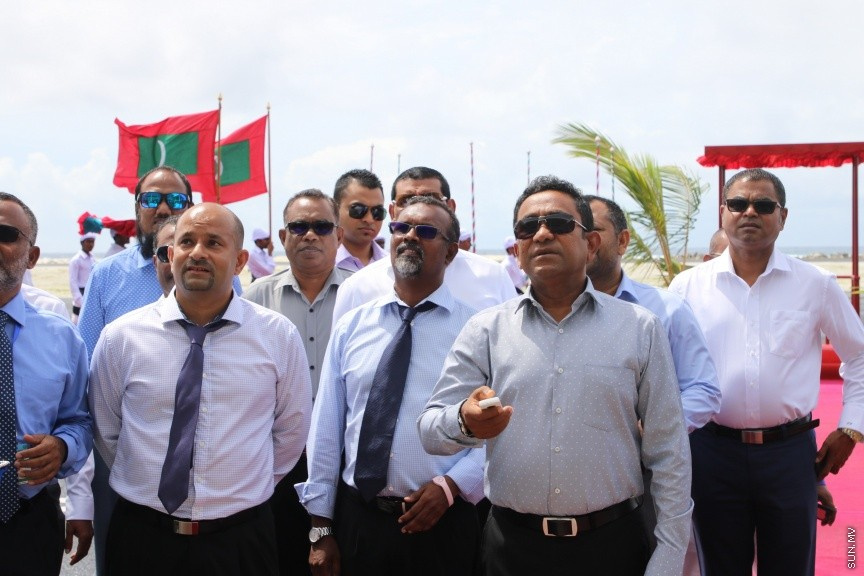 President Abdulla Yameen Abdul Gayoom has embarked on a short tour of K. Atoll, during which he will visit three islands in the atoll.

Yameen is scheduled to visit K. Thulusdhoo, K. Guraidhoo and K. Maafushi during his tour this Sunday.

Yameen started his tour by visiting K. Thulusdhoo. During his visit, he inaugurated the USD 2.6 million harbor built on the island by the Maldivian government.

He will next stop at K. Maafushi where he will inaugurate the Maldivian government’s coastal protection project at the area of the island suffering from erosion.

Yameen’s third and last stop will be at K. Guraidhoo, where he will inaugurate the harbor and clean water system built on the island by the Maldivian government.