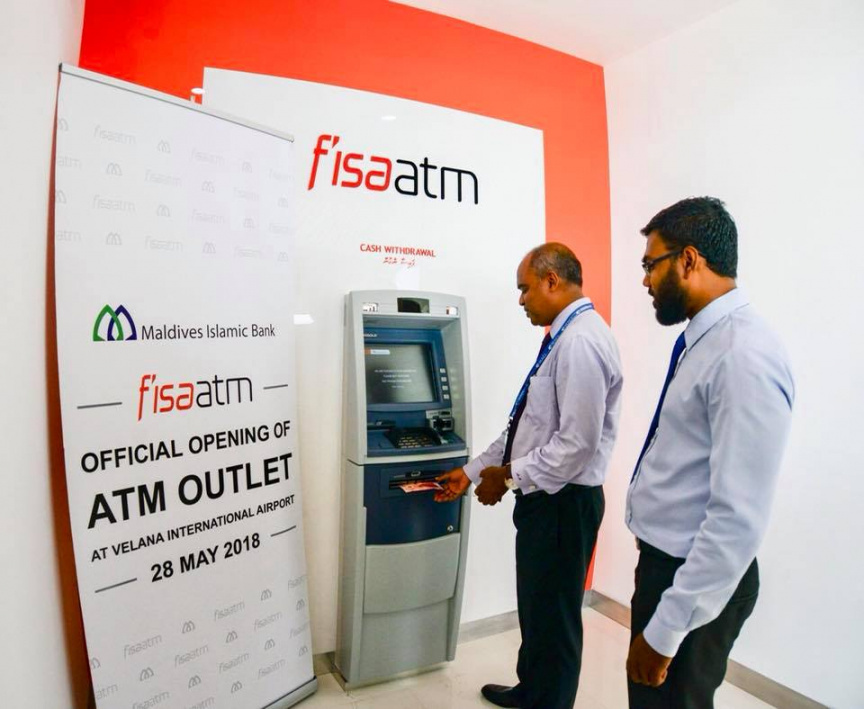 An ATM machine of the Maldives Islamic Bank (MIB) has been installed at Velana International Airport.

The machine installed near the Ooredoo shop near the International Arrival Gate and the Domestic Terminal was officially launched by the Managing Director of MACL, Adhil Moosa and the acting CEO of MIB, Ahmed Riza.

MIB said that the ATM opened at Velana International Airport in an attempt to provide their services to those visiting the airport would have multiple languages on the machine including the Bangladeshi language.

Opened in March 2011, MIB has grown across the country and recently launched a mobile banking application as well under the name of Faisa Mobile.

The application allows for MIB customers to check their bank balance, transaction history and make online transactions across other banks as well along with detail financing facilities and chequebook details.

President: Happiest about peace throughout Maldives