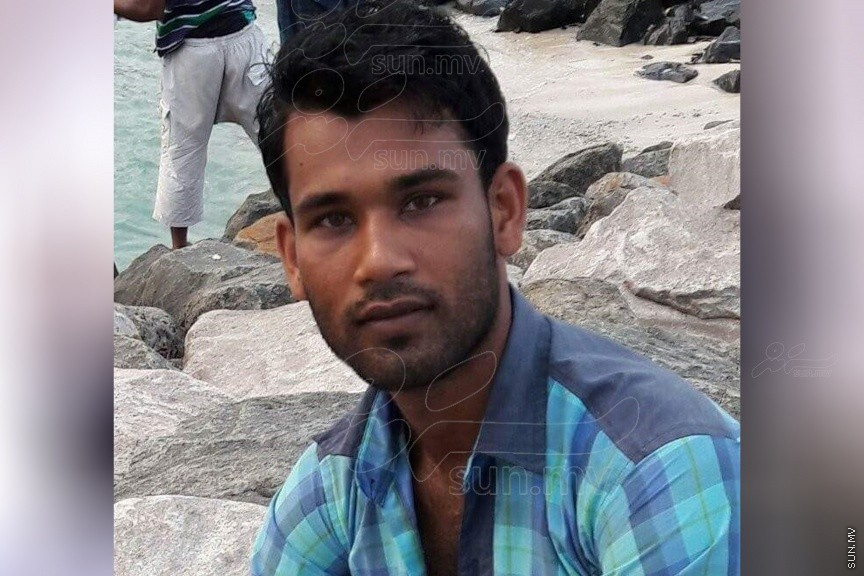 Three State witnesses testified at court this Sunday in the case against Bangladesh citizen Sumon Miah for the murder of Ismail Umar (Isse), his colleague at the ice plant in H. A. Ihavandhoo.

Isse, originally from Lh. Hinnavaru, was found murdered in the ice plant where he worked at on June 16, 2017.

His colleague, Sumon Miah has been charged with premeditated murder using a sharp weapon.

Three State witnesses testified in the case against Sumon Miah at the hearing in Criminal Court this Sunday.

The first State witness to testify this Sunday was a speedboat operator in Ihavandhoo. The man testified that one of Sumon Miah’s friends, another Bangladesh citizen, requested transportation the night Isse was murdered. He said the friend was ready to pay even when he asked for MVR 10,000 as payment. The man said he refused transportation.

The second to testify works as a watchman at the Ihavandhoo Council. He testified to seeing Sumon Miah talking to another individual in front of the ice plant at around 3 am the night Isse was found murdered.

He said he saw Sumon Miah again at around 5 am talking to someone in front of the ice plant.

Sumon Miah confessed to Isse’s murder and described how he executed the murder at court.

Sumon Miah said he went to the ice plant to kill Isse in his sleep with a rope measuring 12 feet. He said he then realized he may not be able to kill Isse using just the rope, and so took a knife with a blade measuring approximately 1 foot from a cupboard in the room Isse was sleeping in and approached him.

“He was on the lower bunk of a bunk bed. I kept the knife on the upper bunk and wrapped the rope around his neck. Before I could tighten it around his neck, he woke up and hit me. I punched his chest about two three times. I then remembered about the knife and took it and first stabbed his hand,” said Sumon.

Sumon said that Isse grabbed hold of the knife when he stabbed him in the hand, and that he got a cut in his hand during the struggle to take the knife from Isse.

He said he grabbed hold of the knife and stabbed Isse in his neck.

“I stabbed him in the neck twice. He still wouldn’t die,” said Sumon.

He said he then dragged Isse out of the bed and stabbed him in the neck for the third time.

Sumon said he then kept both the knife and the rope near Isse, locked all the doors, and left the building.