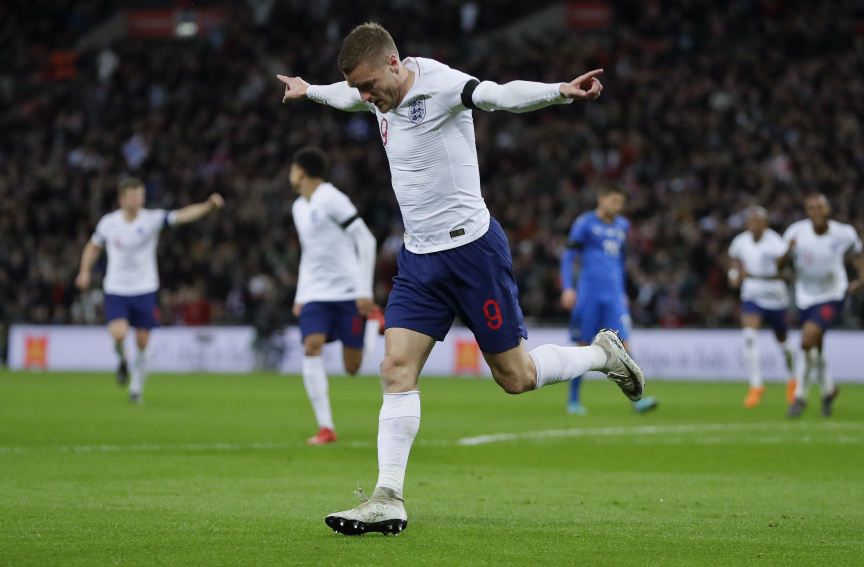 LONDON (AP) — World Cup-bound England conceded its first goal in more than 10 hours after a video review allowed Lorenzo Insigne to equalize for Italy and claim a 1-1 draw at Wembley Stadium on Tuesday.

German referee Deniz Aytekin went over to a pitch-side monitor to review James Tarkowski's challenge on Federico Chiesa and decided to award a spot kick, which Insigne converted in the 87th minute to cancel out Jamie Vardy's opener.

The close call on the penalty came in front of representatives from more than 65 soccer organizations who attended the game as part of a video assistant referee workshop.

"I'm glad it's not the World Cup," England coach Gareth Southgate said. "I don't think it's clear and obvious. It's one you can debate forever. (Tarkowski) looks like he stands on him but I think that's in the motion of running and he looks like he was on his way down anyway."

England had been set for a second successive victory after a victory on Friday over the Netherlands, which like Italy, has not qualified for the World Cup.

Vardy put England in front in the 26th minute after Raheem Sterling was bundled to the turf by Marco Parolo and Jesse Lingard's quickly-taken free kick fed the striker to score.

It was England's last game before Southgate names his provisional squad in May to take to Russia for the World Cup.

"I thought the first five minutes was very sloppy," Southgate said. "After that we settled into the game. We probably created more chances than we've done in a lot of matches."