Brazil beats Russia 3-0 in friendly ahead of World Cup 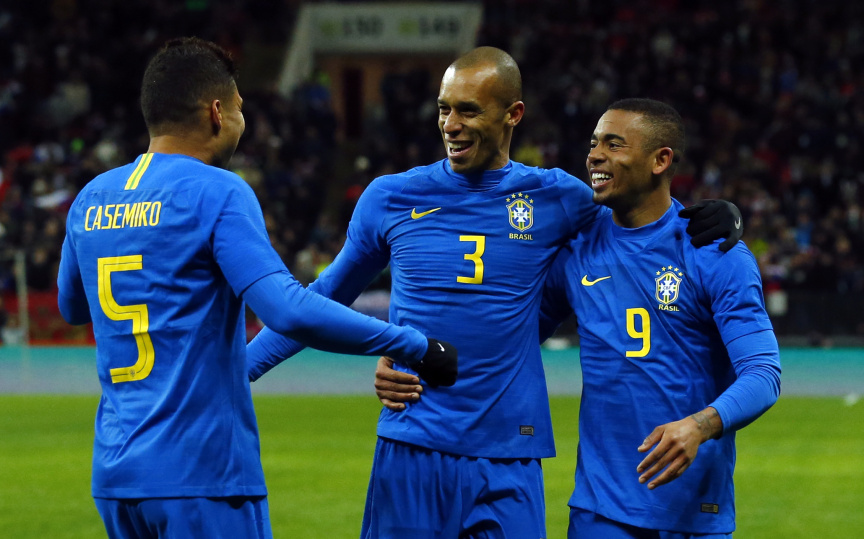 MOSCOW (AP) — Brazil cruised to a 3-0 friendly win at World Cup host Russia on Friday without the injured Neymar.

In freezing temperatures at Moscow's vast Luzhniki arena, the Brazilians worked hard to break down Russia's deep defense before three goals in 13 minutes early in the second half.

Philippe Coutinho made it 2-0 from the penalty spot nine minutes later, and Paulinho added Brazil's third in the 66th with a header off Willian's cross.

"I think the team is completely ready for the World Cup," said Brazil coach Tite, whose team faces reigning World Cup champion Germany in another friendly in Berlin on Tuesday.

"We had our chances and we scored our goals," he said through a translator. "The team achieved the goal I had set for them and that means the team understood what I would like to see from them."

Brazil is now unbeaten in eight games since a 1-0 loss to Argentina in September, while the Russians haven't won any of their last four.

Tuesday's game against the Germans is the first time those teams will meet since Germany demolished Brazil 7-1 in the semifinals of the 2014 World Cup.

Less than three months before the World Cup opens at Luzhniki, the defeat highlighted Russia's vulnerability at the back. Severe injuries to two central defenders this year forced coach Stanislav Cherchesov to field a makeshift five-man back line which was often able to do little more than stay deep and defend in numbers.

The three central defenders had never played together before, so "we are starting from zero once again," Cherchesov said.

On a pitch which seemed worn after hosting a giant election rally for President Vladimir Putin earlier this month, Brazil's margin of victory would have been greater if not for some soft shooting by Brazil in the first half and good saves from Akinfeev in the second.

The Russian keeper showed quick reactions to keep out shots from Paulinho and Coutinho and stopped what might have been an own goal from Alexander Samedov.

Up front, the Russians missed the injured Alexander Kokorin — who is unlikely to return for the World Cup — but still managed to create chances against a sometimes-shaky Brazilian defense.

An excellent chance went to waste late on when Anton Miranchuk hit the bar before his fellow substitute Anton Zabolotny missed an open goal on the rebound.

Alexander Samedov and Miranchuk's brother, Alexei, both failed to score from good positions in the first half.

"There's fault and there's misfortune, and this is a case when it's misfortune, because it's difficult to leap from a certain level up and over several steps," he said. "If you look at the technical side, that team is a bit above us."

Germany fretting on Neuer fitness ahead of World Cup