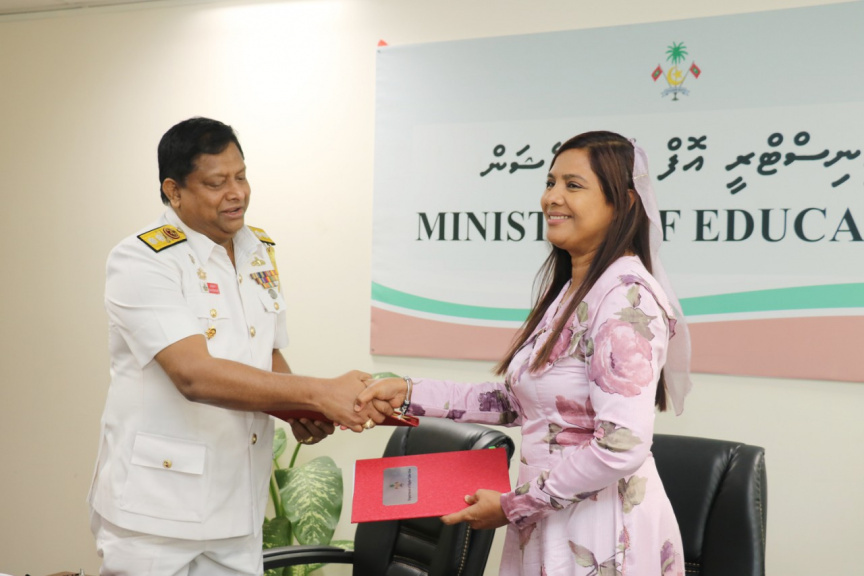 The agreement between KDU and Maldivian government was signed in a function held at Ministry of Education this Monday.

KDU has guaranteed the placements for a discounted price.

She said 32 Maldivian students are studying at the KDU under the loan scheme even now.

The minister also said that Sri Lanka has agreed to provide Maldivian students scholarships from the Lanka Colombo University after discussions by the Maldives-Sri Lanka Joint Commission. She said details of the scholarship opportunities will be announced soon.

During her speech, Dr. Aishath Shiham noted an increase in number of Maldivian medical students, and encouraged them to return to serve Maldives after they complete their education.

“There are currently 313 Maldivian students studying for their MBBS from abroad. There are an additional 58 students completing their post-graduate education,” said Dr. Aishath Shiham.