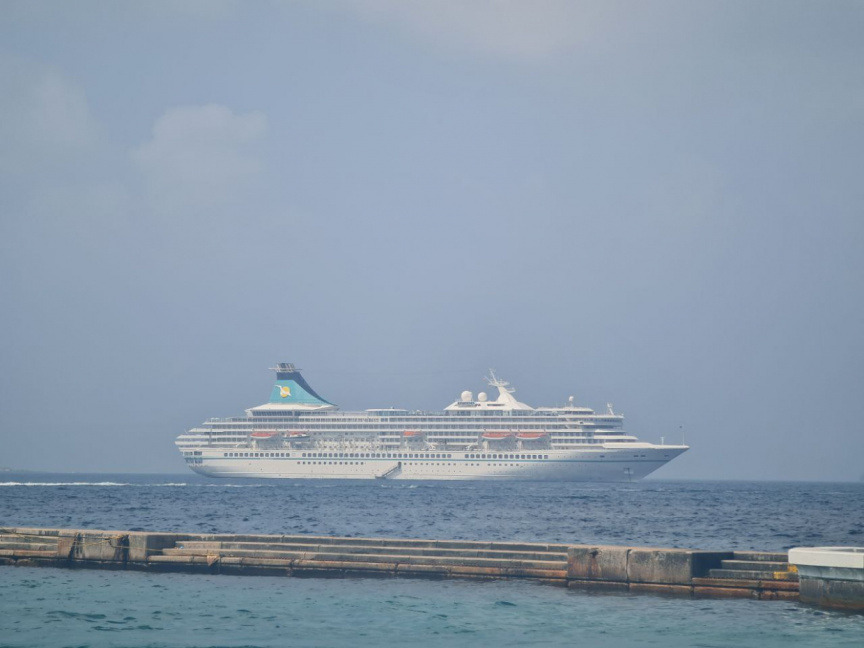 Over 1,200 tourists travelled to the southern Maldivian city of Addu on two cruise ships on Wednesday.

Passengers on the two cruise ships - German-registered Athenia and Australian-registered Coral Expedition – disembarked at Feydhoo district of Addu on Wednesday morning. Both ships transited in Addu before departing from Male’.

Councilwoman Aminath Salma said the passengers visited various tourist attractions in the city on a bus tour, including the Addu Nature Park and guesthouses.

Both cruise ships departed from Addu around 06:30 pm.

According to Maldives Association of Yacht Agents (MAYA), they expect at least nine cruise ships to visit Maldives this year, carrying over 12,000 tourists.

'Removal of members will be reason for Pres' defeat'