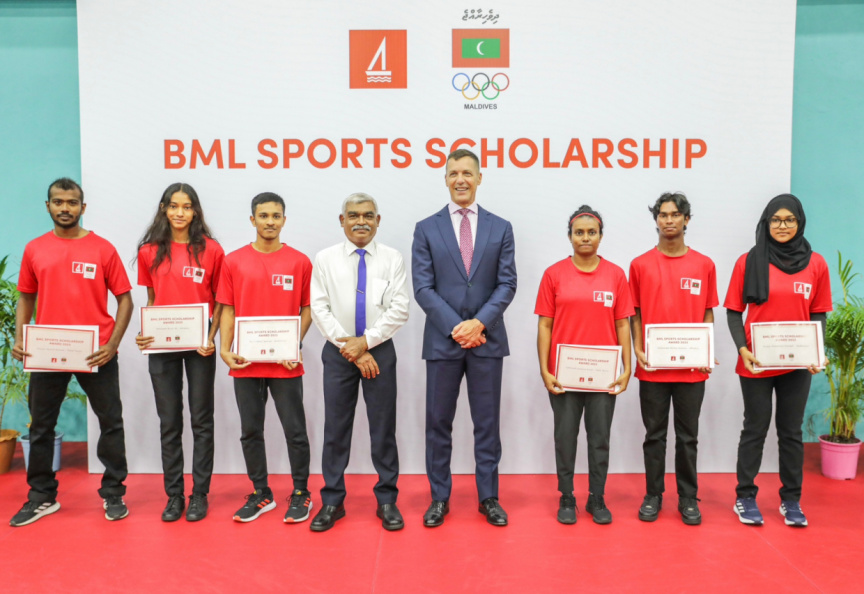 Bank of Maldives (BML) has announced the recipients of the BML Sports Scholarship introduced as part of 12 high impact community initiatives to celebrate the bank’s 40th anniversary.

The seven recipients of the scholarships were announced in a ceremony held at the Male’ Table Tennis Hall on Sunday.

The seven athletes who received the scholarship are:

The athletes who received the scholarships described it as an important opportunity for them to develop their skills and further their career.

Jumana, who has been playing table tennis since 2003, said she was delighted with the opportunity – the first such opportunity she received in her 19-year career.

“I am delighted to receive this scholarship. I have a good target set this year in TT. This is an opportunity to prepare for it,” she said.

Promising young athlete Ru-ya said the scholarship would allow her to gain a unique experience, and prepare for the upcoming Indian Ocean Island Games (IOIG).

“I will learn a lot. I am going to stay there for one year. I will learn to adapt to a completely new culture,” she said.

The scholarships was open to all registered national sports associations, and the athletes were selected by Maldives Olympic Committee.