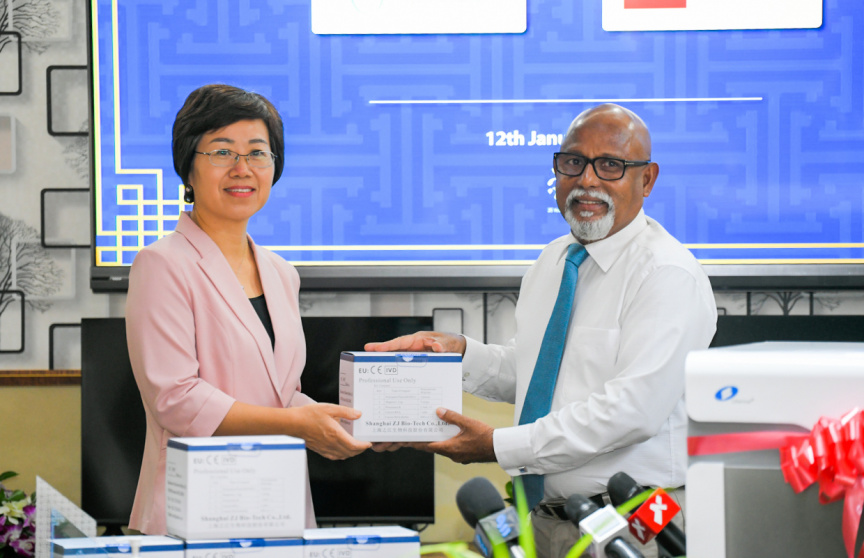 The Chinese government donated a PCR extraction machine and test kits to the ADK Hospital in Male’ on Thursday, which the hospital states will allow them to offer discounts on PCR tests.

The donation was handed over by Chinese ambassador Wang Lixin to ADK Hospital’s CEO and Chairman Ahmed Nashid on Thursday.

Speaking at the handover ceremony, Wang said that the Chinese embassy and ADK have always shared close relations. She said China hopes the donation will be beneficial to the hospital’s patients.

It is not just the Maldivian people who will benefit, but also foreigners who reside in Maldives, including Chinese people.

“Patients who get tested with PCR machine in this hospital will get discounts. Our goal is to ensure as many people as possible benefit from this,” he said.

He did not specify the discount rate.

China made a similar donation to the Tree Top Hospital earlier this week.

Wang took a tour of the hospital after the handover ceremony.