Azim: Will be able to complete Faresmaathoda airport by end of February 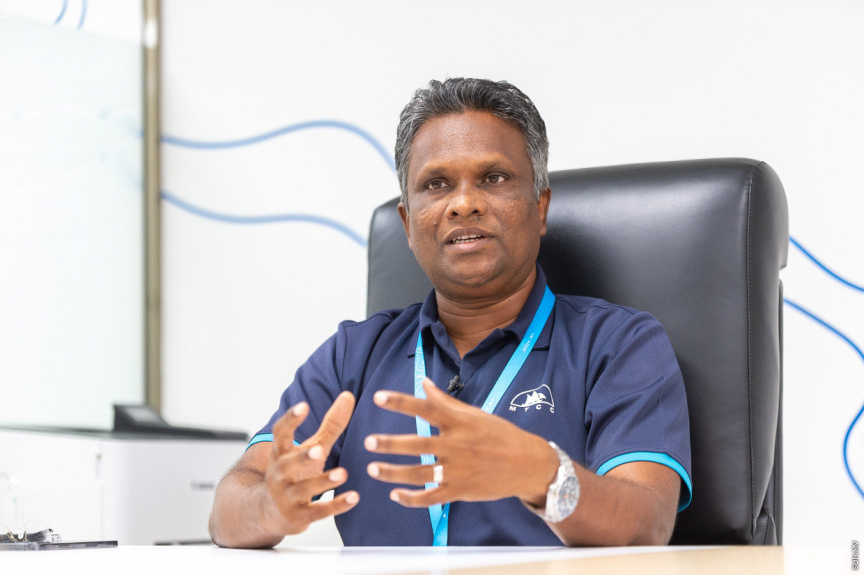 Maldives Transport and Contracting Company’s (MTCC) CEO, Managing Director Adam Azim has stated that the company will be able to fully complete the airport development project underway at GDh. Faresmaathoda before the end of next February.

Briefing on the latest updates regarding Faresmaathoda airport development project – Azim told Sun on Tuesday that the company was working on completing all works under the project by the end of next February.

“Some works on the terminal remain incomplete at present. All works on the runway, lighting and fire station have been completed,” he added.

Azim said that MTCC’s goal was to complete their projects at the best quality, whereas the same applies to Faresmaathoda airport.

The company was tasked with building a 1,200-meter runway, a terminal in reclaimed land, and additional facilities under this project which is financed from the state budget at MVR 144 million.

Land reclamation works for the airport commenced during former President Abdulla Yameen Abdul Gayyom’s administration. The reclamation was first contracted to UAE’s Gulf Colba. Later in 2019, the project was handed over to MTCC from Gulf Colba.

In an earlier statement, President Ibrahim Mohamed Solih said that Faresmaathoda airport will be inaugurated this year.

MTCC geared up to commence bus service in Vilimale’