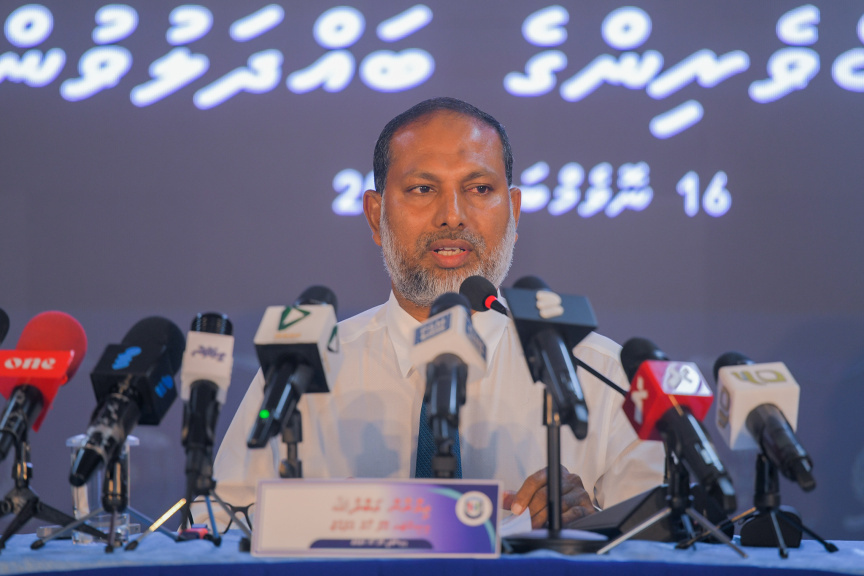 The losses to the people from scam calls to steal money go beyond monetary figures, states Home Minister Imran Abdulla.

He made the comment at the opening of the Multi-Agency Workshop on Combatting Scam in the Maldives on Monday morning.

Speaking at the opening ceremony, Imran said the shocks to the Maldivian society and the financial losses to the people from scam calls go well beyond monetary figures.

Imran said that while criminals exist in all societies, the failure to stop such criminals and take appreciate action against them is the leading cause of societies unravelling.

Imran said the police receive an average of four scam complaints each day, and that everyone must acknowledge the existence of challenges in combatting such crimes.

He said that one agency alone cannot tackle the issue, and that it requires multi-agency efforts.

Imran said the biggest challenge to tackling such cases is the shortage of investigative officers.

Imran acknowledged delays in investigation into scam calls, but said that each investigative officer struggles with a massive workload.

“I believe the state needs to provide a solution to this issue. As the person responsible, I believe multiple efforts are being carried out. But we must acknowledge the existence of multiple challenges in this,” he said.

Imran stressed the need for scam cases to be treated seriously, and for multi-agency collaboration to tackle the issue.

'Ability to meet Yameen is disinclination for revenge'

Will be difficult to rule without maintaining coalition