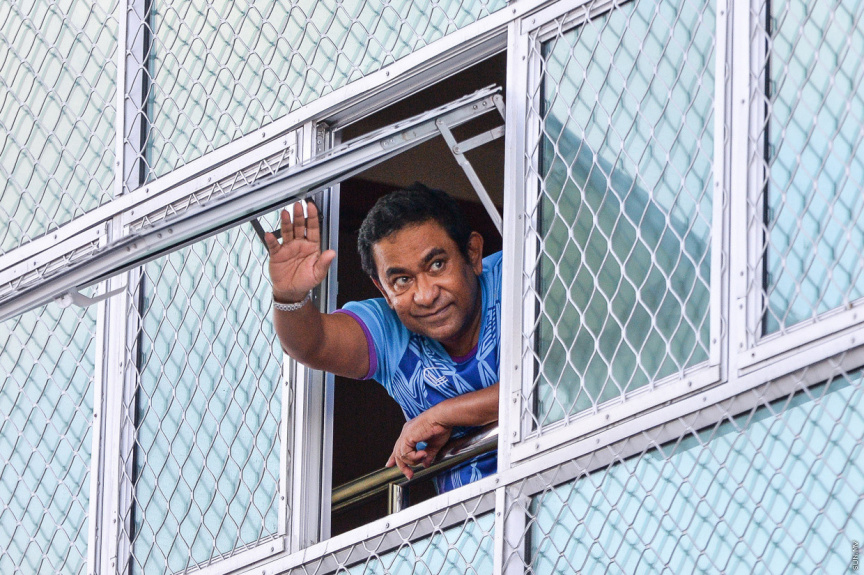 The Criminal Court concluded hearings in the case against former Maldivian president Abdulla Yameen Abdul Gayoom over the sale of V. Aarah for resort development on Wednesday, with the judge announcing the verdict will be issued in the next 30 days.

Yameen is on trial for money laundering and bribery in connection to the sale of Aarah – which took place during his administration.

He is accused of abusing his position and taking a USD 1 million bribe to facilitate the sale of Aarah to Yoosuf Naeem, a former parliamentary representative for Felidhoo constituency, and laundering the money.

Both pled ‘not guilty’ to charges.

The Criminal Court heard closing arguments on Wednesday, in the trial which has lasted about a year.

“Next will be the hearing to issue the verdict as declared on Article 137 (a) of Criminal Procedure Code. The court will hold the hearing as stipulated on the Article,” said the judge.

Article 137 (a) stipulates that the verdict must be issued within 30 days after the presentation of closing arguments if the court requires no further clarifications.