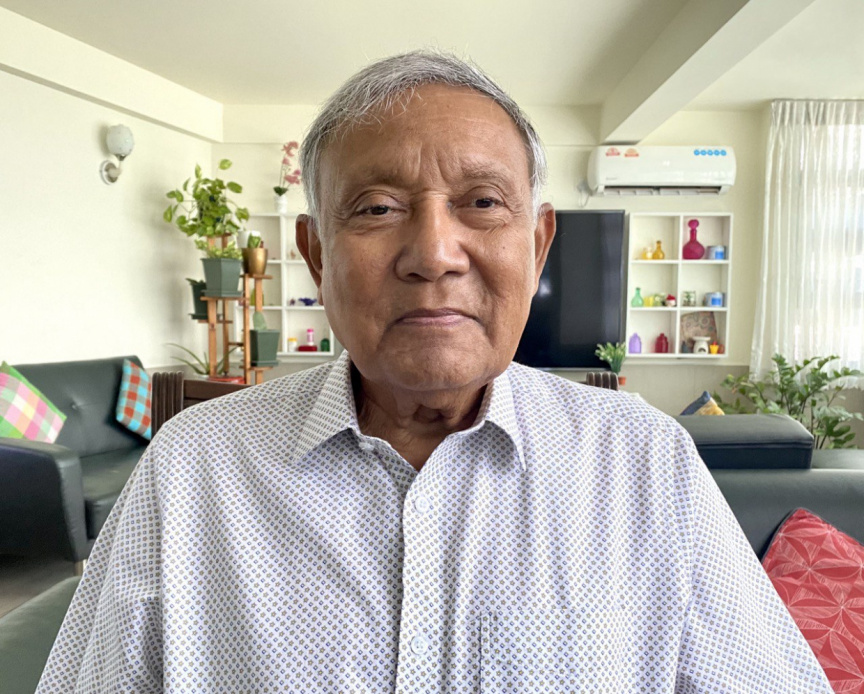 The absentee funeral prayer of former Information Minister, Summer Blue Ibrahim Manik (Samarey) who was recently bestowed Broadcasting Lifetime Achievement Award that passed away this morning will be held tonight.

Ibrahim Manik passed away on Wednesday morning, at the age of 72, whilst being treated at a hospital in Bangalore, India. He had been ill for a long time prior to this.

An absentee funeral prayer will be at Islamic Centre after Isha prayer.

Meanwhile, his funeral was in India, earlier this evening.

Ibrahim Manik’s family requests the attendance of as many people as possible for the absentee funeral prayer. He is survived by three children. His wife, Fareesha Ibrahim, passed away a couple of years earlier.

Ibrahim Manik dedicated most of his life to the broadcasting industry. He worked as the English secretary, program planner, and producer for Radio Maldives. In DRA, he served as a program producer, assistant director, deputy director, and director.

During his 27-year career in the industry, he also served as the director general of broadcasting at the Department of Information and Broadcasting.

In 2022, he received the Broadcast Lifetime Achievement Award conferred by BroadCom for his invaluable services to the industry.