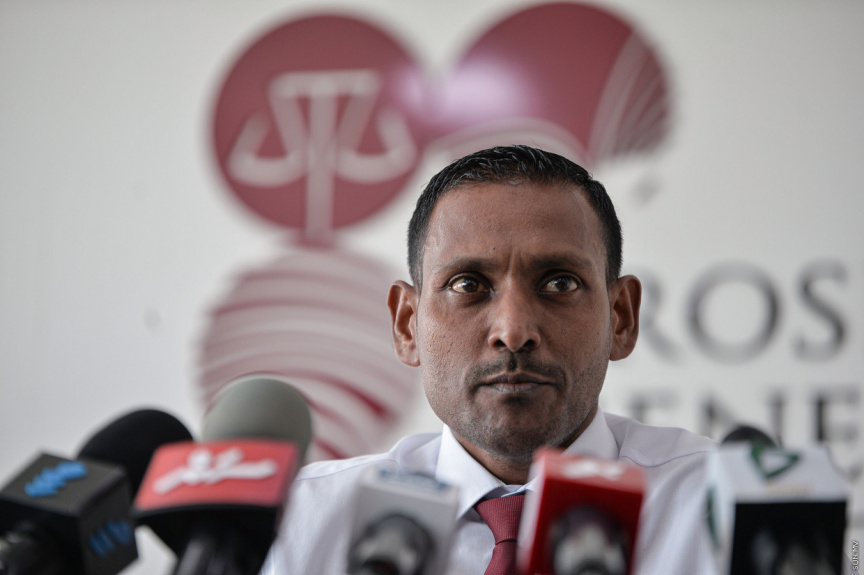 The Prosecutor General’s Office has charged six of the suspects arrested in the fatal stabbing of a young man in Addu City in June with using minors to commit crimes.

Mohamed Zayan Moosa, 21, Solid, S. Feydhoo, was stabbed multiple times in a fight that broke out between two rival gangs in Addu's Feydhoo district at approximately 03:00 am on June 1.

PGO filed charges against four minors arrested in connection to the case on October 9.

One was charged with murder with intent using a sharp-edged weapon, while the remaining three were charged as accessories.

Prosecutor General Hussain Shameem wrote on his blog that his office filed charges against seven more suspects with the Criminal Court on Sunday, raising total suspects charged in the case to 11.

Two were charged with murder with intent using a sharp-edged weapon, while the remaining five were charged as accessories.

The six charged with eight counts of using minors to commit crimes face a prison sentence of 24 years, he said.

Shameem said it marks the highest number of people to be charged with exploitation under the Child Rights Protection Act.

“If criminal organizations use minors in the commission of crimes, that in itself is chargeable. If minors are used to commit crimes in Addu or anywhere else, that will be charged separately. We are taking all legal action available to stop children from being used in crimes,” he said.

Police have said Zayan identified his assailants before he died.

Council to hold telethon to raise funds for mosques