MP Shareef: MP Hussain yet to be penalized for voting in favor of tax hike bill 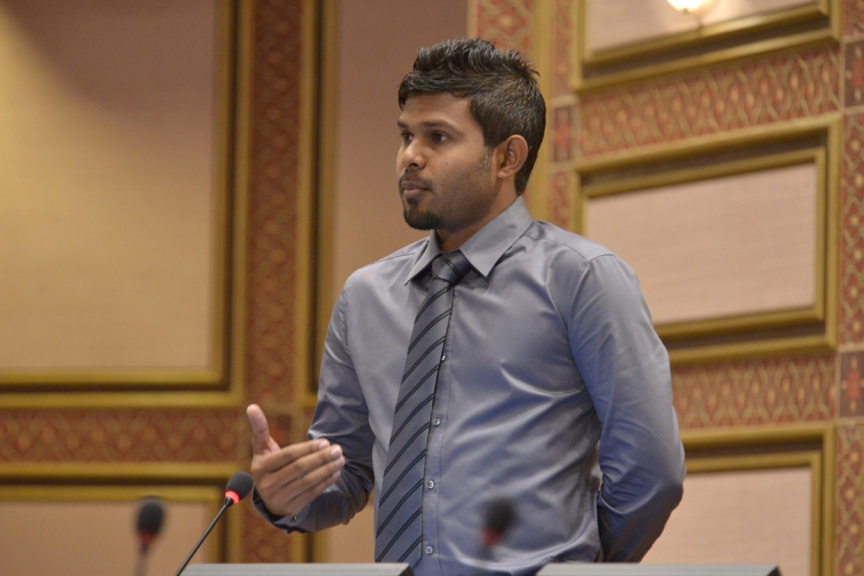 The bill submitted by Ihavandhoo MP Mohamed Shifau on behalf of the government - designed to raise the GST from 6 percent to 8 percent, and the TGST from 12 percent to 16 percent – was passed at last Wednesday’s parliamentary sitting.

Out of the 88 members in attendance – 55 voted in favor of bill, with only 26 voting against it.

One of the members that voted in favor of the bill included PPM’s Hussain Mohamed Latheef – a bill his representative PPM-PNC coalition has been strongly against.

Opposition coalition had also protested against the bill in front of the parliament building on Monday, which saw several arrests.

Members of the coalition stood up in protest, making loud noises with horns, when vote was asked for this bill at Wednesday’s sitting.

At a press conference later that day, MP Shareef emphasized that PPM issued a three-line whip to vote against the bill. Therewith, he said necessary internal action would be taken in order to penalize MP Hussain Mohamed Latheef.

“MDP also issued a three-line whip, which some members had violated. This might be how democracy works,” he added.