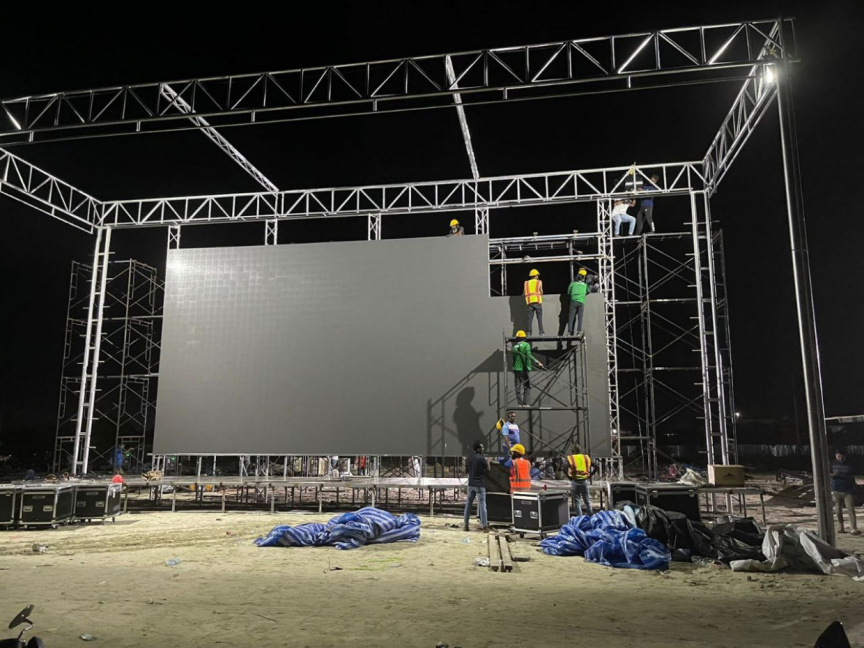 HDC states that the outdoor screens – being installed at the Hulhumale’ Synthetic Track and the Hiyaa projects – are the largest in the greater Male’ area.

HDC said it is receiving huge support to making arrangements for public viewing of the World Cup in Hulhumale’.

The LED panels for the screens were donated by State Electric Company (STELCO), which, along with the Sports Ministry, are the main partners of the ‘Boalha Foari’ campaign.

Think has signed as printing partner, Coca-Cola as beverage partner, and Veligaa as supporting partner.

HDC said the purpose of the campaign is to create community spirit as Maldivians enjoy the biggest celebration of football.

HDC said it remains dedicated to working closely with the community to identifying their needs and fulfill them.