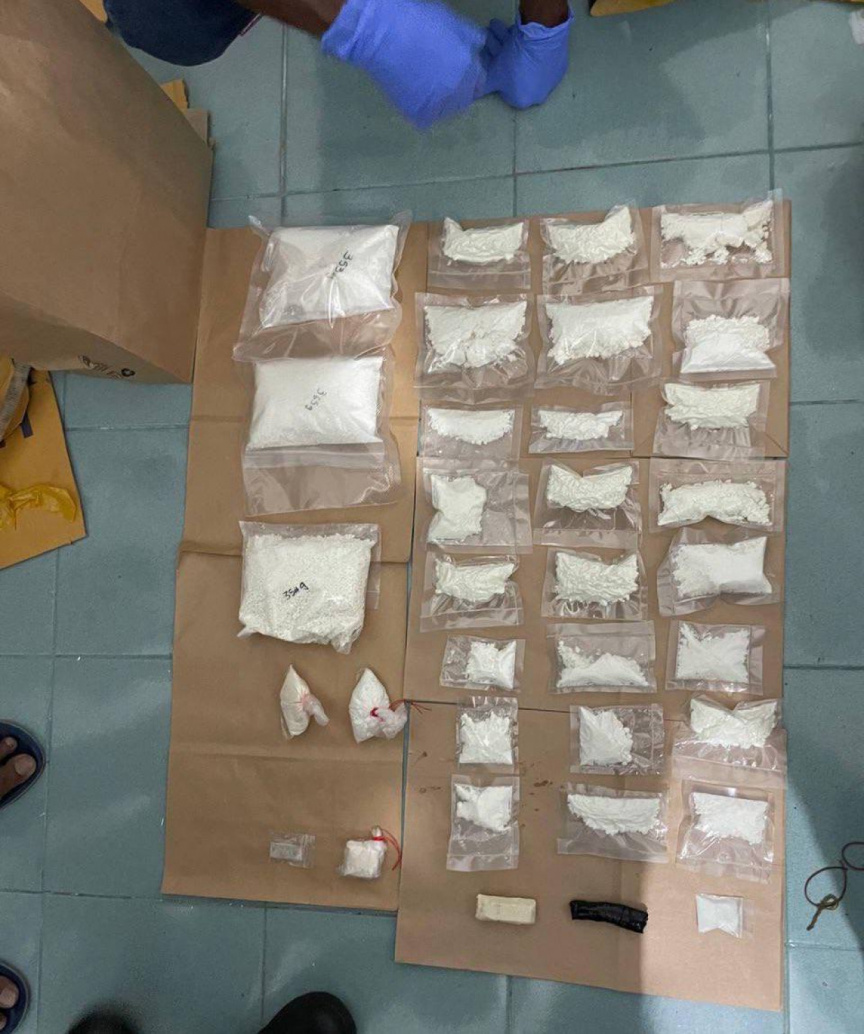 Drugs seized by Maldives Police Service in an operation on November 17, 2022. (Photo/Commissioner of Police Mohamed Hameed)

Maldives Police Service has seized 13-kilo drugs and over MVR 600,000 in cash during an operation on Thursday night.

Via a tweet on Friday, Commissioner of Police Mohamed Hameed said that 13.56 kilos of drugs and MVR 644,020 in cash was seized in an operation carried out jointly by Counter-Narcotics Intelligence and Drug Enforcement departments on Thursday night.

He detailed that the items are seized in a search of two houses in Male’ City, and a guesthouse in Hulhumale’.

In an operation conducted last night by @PoliceMv’ Counter-Narcotics Intelligence and Drug Enforcement teams, 13.56 kgs of narcotic drugs & MVR 644,020 in cash were found and seized. From two houses in Male’ city and a guest house in HulhuMale’. The crackdown on drugs will go on! pic.twitter.com/v5ysw6uuYK

Last Thursday saw the arrests of 12 people in a raid on a drug-fueled party in an apartment in Male’ City, which included celebrities and an officer from the Drug Enforcement Department.

CP Hameed who also spoke at the press conference said that 562 counter-narcotic operations were carried out during the past four years – whilst 11,955 arrests were made in connection to drug-related offenses. 6,165 cases related to the arrestees were investigated – whilst 2,681 of them were forwarded to the Prosecutor General’s Office (PG Office) requesting charges.

Underscoring that 35 drug cafés are in operation in the Male’ area – he emphasized the difficulties faced by the police, in closing these cafés. Nevertheless, he said efforts in this trajectory are pursued every day without losing hope.