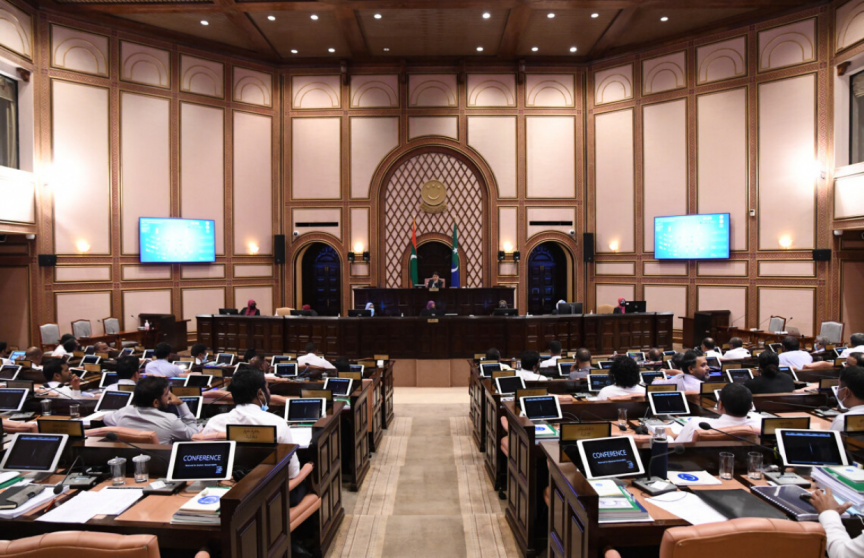 Vilufushi MP Hassan Afeef, who had presided Monday’s sitting after recess, adjourned the sitting citing lack of quorum to take a vote on the bill.

Speaking to Sun, Aslam said that Whole House Committee’s report on the bill had been ready for two-three days, and that what happened Monday was outside standard protocol.

Usually, if the floor lacks quorum for a vote, the bell is rung and a five-minute wait is observed, he said.

Aslam said Monday’s sitting was adjourned in violation of regulations.

“We have been trying to call a vote since last Monday. The bill was stalled citing the ongoing budget debate. But under standard protocol, votes on key bills are taken even with the budget debate in progress. They are trying very hard to prevent the passage of this bill,” he said.

He said that no efforts were initiated to enforce the vote as the third reading of the report had not been completed. Citing that only the debate had been completed so far on the report, he said the sitting was adjourned in line with stipulated regulations.

The government is seeking to raise the GST from 6 percent to 8 percent, and the TGST from 12 percent to 16 percent.

The bill was passed without changes by the Whole House Committee.

The government expects to raise an additional income of MVR 3.7 billion by increasing the tax rates in 2023.

Those opposed to a tax hike argue the government should instead cut unnecessary expenditure, such as the appointment of people to political posts.