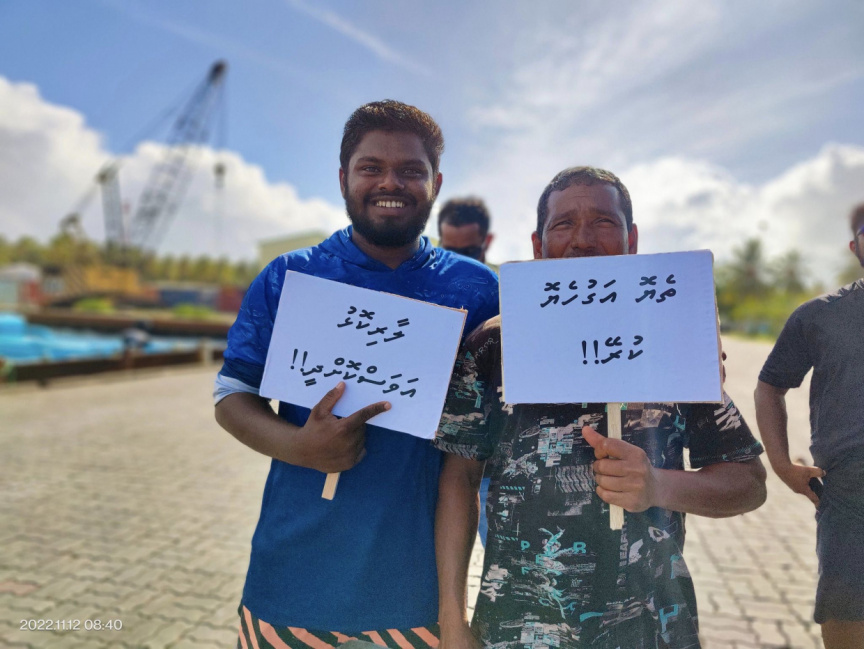 Fishermen have called off the serial protests in L. Maandhoo after Horizon Fisheries agreed to meet their demands and began making payments for the catch the fishermen have sold.

The protests, which began Saturday, had led to clashes between the police and protesting fishermen, resulting in injuries on both sides.

The protests in Maandhoo – which houses Horizon Fisheries’ biggest factory – were prompted by delays in payments to fishermen.

Fishermen from 28 boats took part in the protest.

“They began making the payments Monday evening. Protesting fishermen have also begun receiving the payments. So, we are calling this off,” said Mohamed Hanim, vice president of Th. Guraidhoo Fishermen’s Association.

Hanim said the fishermen and Horizon Fisheries had reached an agreement on a credit system for purchase of fish, setting a one-month deadline to make payments for fish purchased on credit.

He said that despite the agreed upon one-month deadline for payments, it was better if fishermen received the payment for their fish within two weeks.

“They need to think about us fishermen. It has not been that long since Covid-19, has it? The president himself said it was us fishermen who upheld the Maldivian economy, ensuring people received their salaries. And what did fishermen get for keeping the economy from collapsing? Nothing!” he said.

No way to weigh catches as fisheries improve in regions