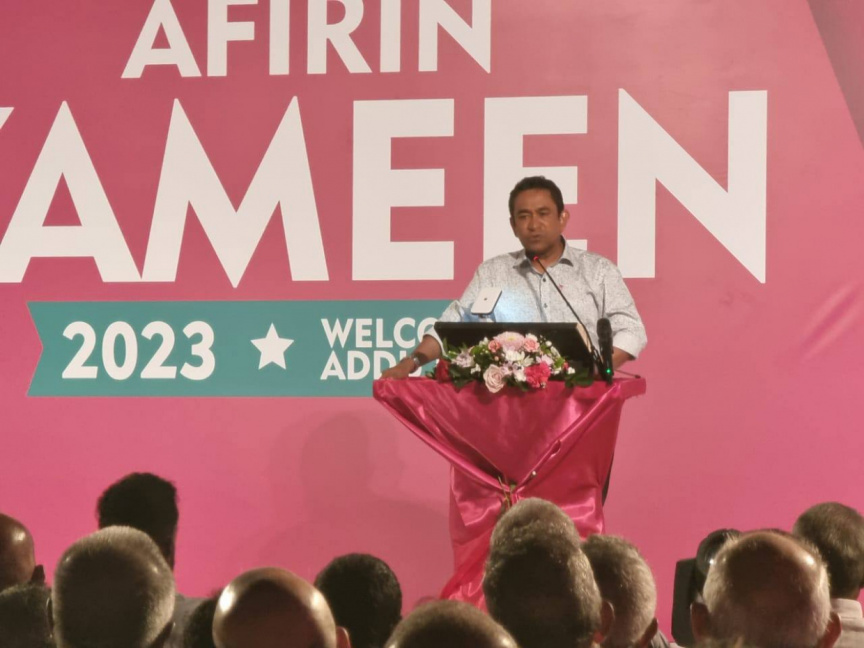 Yameen made the remark in a meeting with local residents as part of his ongoing tour of Addu City.

Yameen said that tourism is one of the greatest riches the people of Addu City have in their possession, and must be utilized.

“Why isn’t guesthouse tourism working out in that region? Should the entire Gan exist for an airport alone? No. The young people should go there, form consortiums and develop guesthouses,” he said.

“If that’s done, tourists will go directly there, right? The people taking nine-hour flights will arrive directly here, right? Is it really that hard to get this done?” he said.

Yameen said the Gan International Airport already has a modern runway, and now needs to develop facilities and services to meet international standards.

“It can be done. A USD 13 million loan was taken to develop the facilities and convert the Addu Convention Center to Addu Equatorial Hospital. Not even half of that is required to have the airport meet international standards. We aren’t going to be building a new airport,” he said.

The government initiated the tendering process for a project to develop the Gan International Airport back in October.

The airport is set to be developed with a passenger terminal and facilities – including duty free shops, restaurants, lounges, a new control tower, fire station, cargo and cold storage facilities, as well as roads and parking areas - to serve 1.5 million passengers annually.

The project is valued at MVR 261 million, and is set to be financed with a loan from India’s Exim Bank.