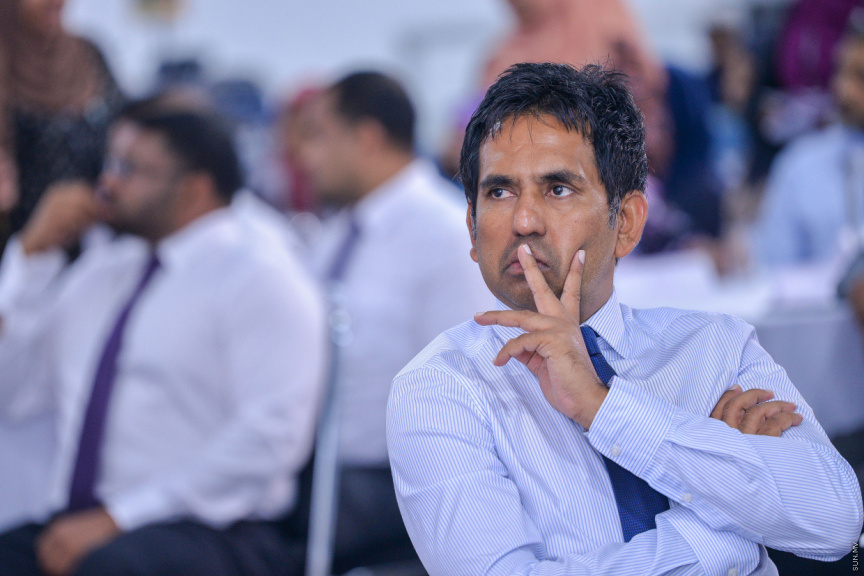 The 2023 projected state budget was compiled without any proper consideration, especially of the actual income the state is able to generate, states PNC leader, Maavah MP Mohamed Saeed.

Finance Minister Ibrahim Ameer presented the MVR 42.7 billion budget for 2023 to the Parliament on Monday. The projected expenditure is listed as MVR 40.1 billion, and the projected income is MVR 32.1 billion.

Speaking to Sun regarding the budget, Saeed, who served as Economic Minister during former President Abdulla Yameen Abdul Gayoom’s administration, said there are certain international standards all countries adhere to in preparing budgets.

One of the biggest considerations is to avoid budgeting expenses that exceed the income a country generates. This is one of the key things that must be considered when preparing a budget. And they must remember a budget is something they need to take responsibility for,” he said.

Saeed said the current administration prepares budgets without any responsibility towards expenditures.

Its evident from last year’s budget alone, he said.

Saeed said that while Ameer said the projected income would not be enough to cover the projected recurrent expenditure, the budget does not show it.

He said that the current administration had also exhausted 2022’s budget, spending MVR 5 billion more than the projected figure.

“If the budget cannot make ends meet, they can spend by submitting and passing a supplementary budget. There’s no other option,” he said.

Finance Ministry stated in the budget statement that the Maldivian economy is projected to grow by 7.6 percent in 2023 – fueled by the tourism sector.

However, Saeed questioned efforts by the administration to boost tourist arrivals.

He said the administration was unrealistic in projecting an expansion in tourism sector given the ongoing Russia-Ukraine war and the shaky economy in Europe.

“Under these circumstances, what happens when the tax on tourism sector is raised? Will tourist arrivals to Maldives increase?” he asked.

Presenting the 2023 budget to the Parliament, Ameer described it as a “promising” budget.

He said the budget has funds earmarked to resolve issues across all sectors. He said that it is also the first budget since the Covid-19 pandemic where the administration expects to cover recurrent expenditure with the income the country generates.