Government: No previous government claimed Chagos as part of Maldives 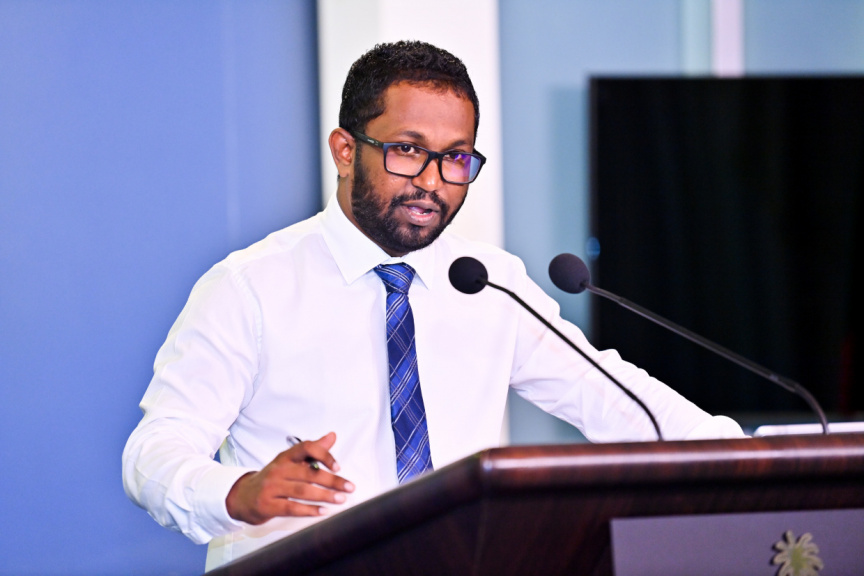 Spokesperson of the President's office, Miuvaan Mohamed speaks at a press conference on September 22, 2022. (Photo/President's Office)

The government on Wednesday stated that none of the previous governments had ever said that Chagos was part of Maldives.

Speaking at a press conference held by the President’s Office, the Spokesperson for the office said that although the government had not explicitly stated that Chagos was part of Mauritius, they have been working in accordance with that.

“No government of Maldives has ever claimed the Chagos region.”

“Us changing the stance on this will not harm in any way. There is no harm.”

Noting that Maldives has always supported decolonization, Miuvaan said that changing the stance on that issue gives us the advantage of maintaining principles.

Hence, Miuvaan said that this would further enhance relations with other nations. He added that working with Mauritius would be advantageous for Maldives.

“And so this is not going to harm Maldives in any way.”

Referring to the claims that changing the stance on this would harm Maldives, Miuvaan pointed out that those who say this have yet to specify what that “harm” could be.

Furthermore, he said that the government has not hidden anything with regard to this issue and that all the information was being relayed to the public through the Attorney General’s Office.

Mauritius lodged the case with the ITLOS under the UN Convention on the Law of the Sea on August 23, 2019.

Maldives had contested ITLOS’ authority to delimitate the disputed area, but the tribunal decided on January 28, 2021, to hear the case.

The issue sparked much debate when it was revealed that Maldives has decided to vote in favor of the Chagos decolonization resolution in the UN General Assembly.

Many politicians, including former Presidents, have been weighing in on the issue.

In a social media post made by Nasheed on Tuesday, he said that there is multiple historical and cultural evidence to back Maldives’ claim over Peros Banhos – an atoll in the Chagos archipelago.

'Hospital at Phase II to have high quality services'