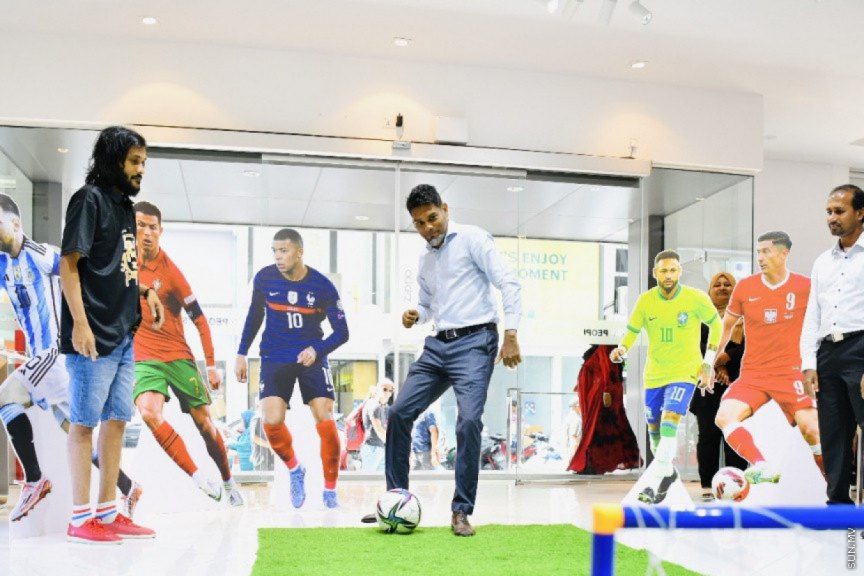 The promotion was launched during a special ceremony held at STO People’s Choice on Wednesday, by the company’s Managing Director Hussain Amr.

The promotion will proceed at STO People’s Choice and other regional shops of the company established across the nation starting today, till October 30.

Customers making purchases above MVR 500 at the shops will be eligible for the lucky draw of ‘Heyvalla Thayyaaru’ promotion.

STO states that products included in the promotion are subject to a 15 percent discount. With every purchase of a television, customers would receive a free bracket. Apart from this, customers purchasing 50-inch Philips television will receive a free sound speaker bar.

Three participants of the promotion will be selected through a lucky draw, to win special prizes. The first is an iPhone 14 Pro Max, Meanwhile, the second is a PlayStation 5, with a VR.

The third prize is an MVR 15,000 worth gift voucher from STO People’s Choice. The company detailed products which can be purchased under the gift voucher to include household items, and kitchen items.

STO said that games with instant prizes will take place at STO People’s Choice during the promotion period.