Why are Maldives-China relations important? What’s China’s role in Maldives? 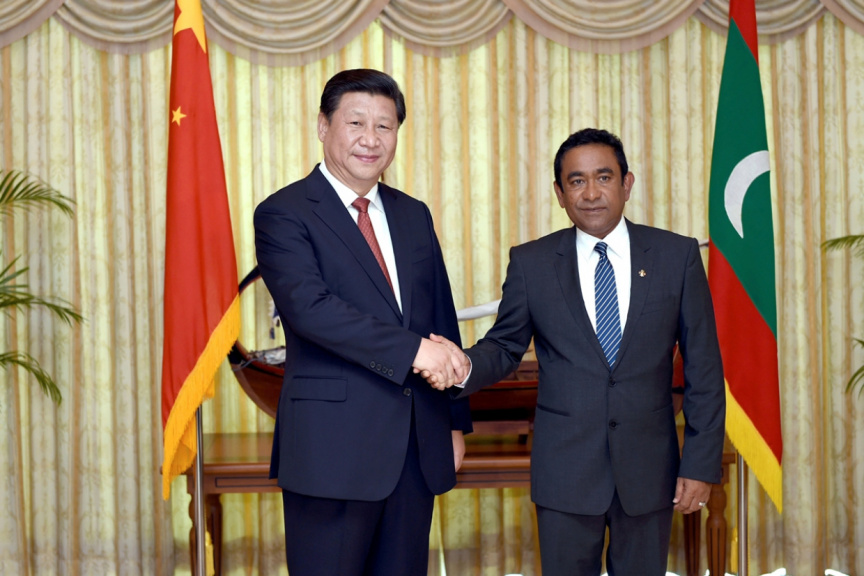 China is one of the world’s major powers. The biggest in terms of population. One of the biggest economies. And one of the leading countries in trade and productivity.

Friendly relations between China and the small island nation of Maldives date back to ancient times.

China’s historical records show the Maldivian king sent delegates offering friendship and gifts to the Chinese emperor twice, between the years 655-665, during the rule of the Tang dynasty. Renowned Chinese explorer, Zheng He visited Maldives twice during expeditionary treasure voyages between 1405-1433. Records show Maldivian and Chinese rulers continued to send delegates and exchange gifts between 1417-1450.

In 1965, shortly after Maldives regained its independence from the British, China became one of the first countries to recognize Maldives’ independence. The recognition from China had come at a time when countries with far stronger ties with Maldives had been hesitant to accept the country’s independence and sovereignty.

However, China proved true to years of friendship and respect.

Even in the years that followed, China never said a word of disrespect to Maldives or tried to undermine Maldives’ independence. Nor has it ever flexed its muscles and imposed any trade restrictions to influence and pressure Maldives in any way.

It shows the respect of China, a country of such vast power and wealth, has for a small country such as Maldives, and its acceptance of the country’s independence, sovereignty, and individuality.

What else can a true and lasting friendship be built upon but respect? This is one of the main reasons why China and Maldives-China relations are so important to Maldives. There’s no friendship that can be fostered with a “bully”. This is true whether on a personal level, an organizational level, or diplomatic level.

While Maldives’ foreign policy is based on fostering good relations with all countries, no doubt the country must, and will, naturally, prioritize relations with countries that respect Maldives’ independence and sovereignty.

The second reason why friendship and close diplomatic relations with China is important is because of one of tenets of Maldives’ foreign policies – fostering friendly relations with all countries. China, being a member of the international community, is therefore important to Maldives, the same as United States, United Kingdom, India, Russia, Japan or Australia. Maldives has never gotten involved in disputes between countries. Maldives maintains friendly relations with all countries, depending on the respect they show.

In addition to the aforementioned two reasons, it is also in Maldives’ economic interest to have close relations with China.

All countries need to shape their diplomatic relations based on what’s most economically beneficial.

All this show it is in Maldives’ best interest to have close relations with China.