Maldives-China relations: A history of great and crucial assistance 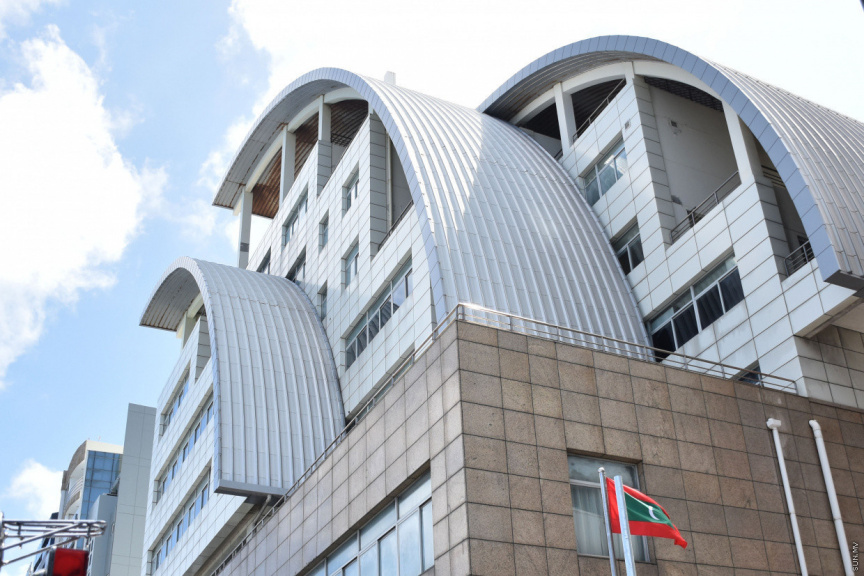 China began providing aid to foreign countries in 1950, a year after the People’s Republic of China was founded under the Communist Party of China (CPC). China has since become known as one of the world’s biggest lenders. The countries China assists include countries in Africa and Southeast Asia and South Asia.

China is also an important partner to Maldives, which it has had friendly relations with for hundreds of years.

Though Maldives and China established official diplomatic relations in 1972, the countries’ economic transactions didn’t increase until years later. However, China has supported key projects in Maldives since the administration of former President Maumoon Abdul Gayoom. The Sinamale’ housing units were built during Maumoon’s administration. Both Sinamale’-1 and Sinamale’-2 were built with grant assistance from China. It had been the first housing units built in Maldives. The construction of the new national museum, which showcases Maldives’ historical artefacts from one place, began in 2008, also during Maumoon’s administration.

The building was financed with an RMB 58 million grant from China. The museum had showcased historical artefacts showing Maldives and China’s friendship when it opened in 2010, during the administration of then-President Mohamed Nasheed. The Chinese Embassy in Maldives described the museum as a cultural bridge between Maldives and China.

When the museum opened, preparations were underway to sign a 1,000-unit housing project in Hulhumale’ with a loan from China. The project was conducted by China Machinery Engineering Corporation (CMEC). CMEC completed the project in 2012. China described the USD 74 million project as the biggest housing project conducted in Maldives at the time. The units were inaugurated by then-President Dr. Mohamed Waheed Hassan Manik. During his administration, Maldives and China engaged in discussions regarding developing a link road between Gan and Fonadhoo in L. Atoll with Chinese assistance. During a state visit to Maldives in 2014, Chinese President Xi Jinping announced the project would be conducted with grant assistance from China. The 15-kilometer link road connecting the islands of Gan, Manadhoo, Kadhdhoo and Fonadhoo was complete in 2016. The project cost USD 2 million. The road was inaugurated by then-President Abdulla Yameen Abdul Gayoom.

The three biggest projects under Maldives-China partnership were launched during Yameen’s administration; the development of the Velana International Airport, construction of China-Maldives Friendship Bridge (known locally as Sinamale’ Bridge), and the Hiyaa Housing Project. China’s Beijing Urban Construction Group (BUCG) continues to work on USD 500 million worth of projects to expand the airport and enhance its services. The airport’s west apron was expanded and a 3,400-meter-long runway was built under the project.

The next project contracted to China during Yameen’s administration was the project to build a bridge to connect Male’ City and suburban Hulhumale’ and Hulhule’ – which houses the VIA. The project was contracted to CCCC Second Harbor Engineering in 2015. The bridge cost USD 200 million. China provided a grant of USD 126 million for the project. The rest was covered with a concessional loan from China, and from the state budget.

In 2018, China agreed to finance the renovation of the building that houses the Maldivian Foreign Ministry. The project was conducted with Chinese aid by Shanghai Construction Group. The building was described as a “permanent symbol of Maldives-China friendship”.

Additionally, CMEC has been constructing the Vinares housing units in Hulhumale’ under a 2009 agreement. Two towers build under the project were handed over to President Ibrahim Mohamed Solih’s administration in June. 10 towers with total 1,244 units will be built under the project.

The different infrastructure development projects run by China across Maldives has facilitated the daily life of hundreds of thousands of Maldivians. According to China, the country has built over 11,000 housing units in islands across Maldives, providing housing to 60,000 people.

The link road in L. Atoll and the Sinamale’ Bridge has greatly facilitated travel. And the developments being brought to the airport has lifted the Maldives’ main economic driver – the tourism sector – to new heights. Therefore, Chinese assistance has brought transformative changes to the daily life of Maldivians.

According to China, it adheres to the principles of not imposing any political conditions, not interfering in the internal affairs of the recipient countries and fully respecting their right to independently choosing their own paths and models of development.

The projects run by China in Maldives are evidence of that.