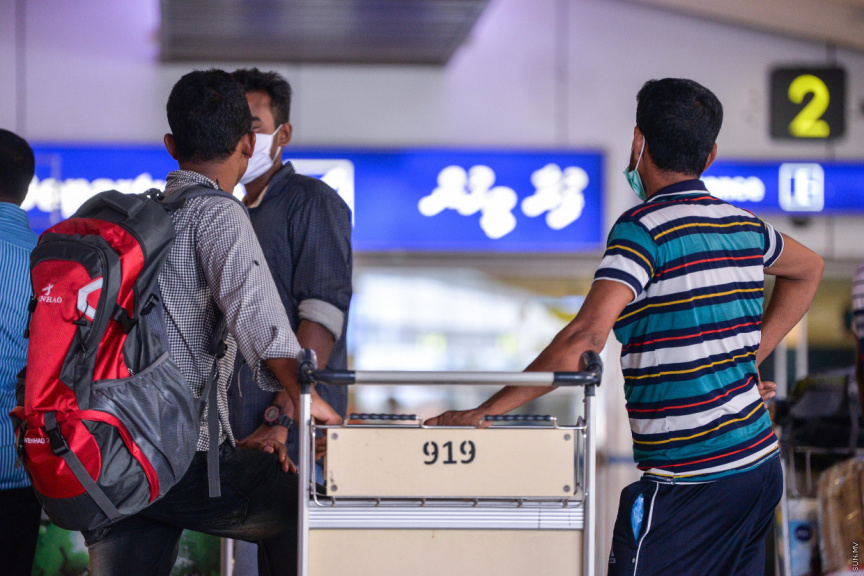 An Indian man has been fined MVR 60,000 after he ingested gold bullets and smuggled it into Maldives.

According to court documents, the man, named Nazim, arrived in Maldives via a flight from India on July 17.

His was flagged for suspicious behavior by airport officials, who suspected he may have contraband concealed inside his body.

He confessed to ingesting contraband, and agreed to have it extracted.

The Prosecutor General’s Office (PGO) said a physical examination showed the bullets contained gold and a mixture of some other elements. They did not specify the weight of the bullets.

Nazim was charged with smuggling contraband.

He plead guilty to the charge at a pre-trial hearing in Criminal Court.

The case was heard by Judge Mohamed Misbah, who found him guilty of the charge on Monday, and ordered him to pay a MVR 60,000 fine to the state within the next three months.

The gold bullets he ingested has been seized by the state.

According to the law, smuggling contraband is an offense punishable with a prison sentence of six months to two years, or a fine of MVR 10,000 to MVR 240,000.