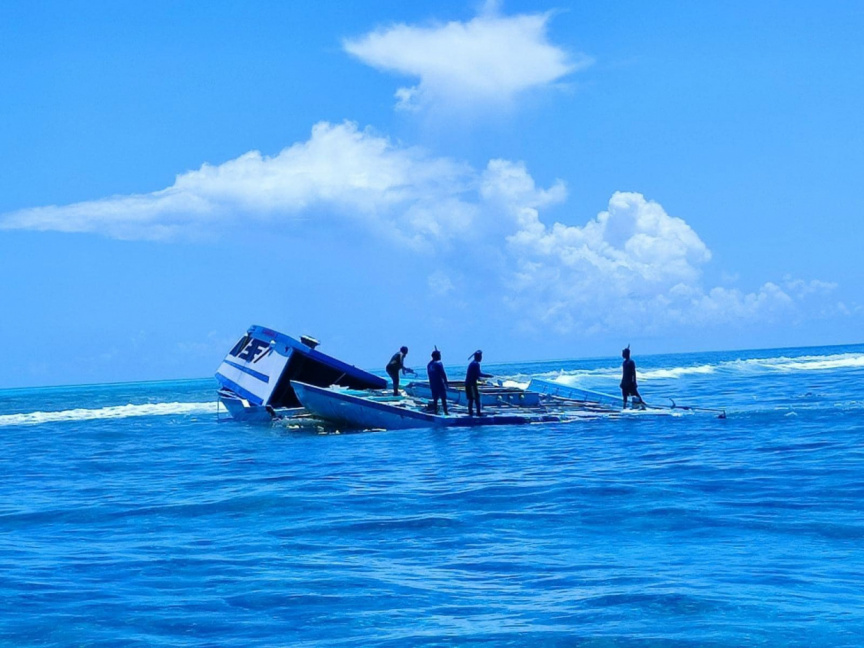 Owner of ‘Hudhanbaru 12’, a fishing boat from K. Gaafaru, estimated losses after running aground at Himithi reef located in Faafu Atoll at MVR 3 million.

The boat carrying 10-ton fish ran aground on Himithi reef on Wednesday whilst traveling to Male’ City with 10-ton fish aboard for weighing, and selling.

Speaking to Sun on Wednesday night, owner of the boat, Ahmed Shakir said that a definite calculation of losses cannot be stated at the time.

“It is difficult to estimate the losses as well, but (I) believe it would exceed MVR 3 million,” he added.

Shakir said that the boat was uninsured at the time of the incident.

He detailed that the incident occurred after the captain of the boat delegated the helm to a crew member for to perform prayer. Noting that the boat was sailing on a vast ocean at that time, he said the incident could have been avoided if the attention required was paid.

Shakir said that although the boat has damaged beyond use in the incident, none of the people aboard were injured. Approximately 16 people were on the vessel at the time of the incident.

“Those that were onboard are currently at F. Feeali. Efforts are underway to accommodate transport for some of them,” he had said.

The boat broke from the middle after running aground on Himithi reef. Shakir said that efforts to refloat the vessel can only commence once the required equipment is acquired.

“I urge everyone to carrying out the responsibilities to their best capacity. GPS and things will also show shallow areas,” he stressed.