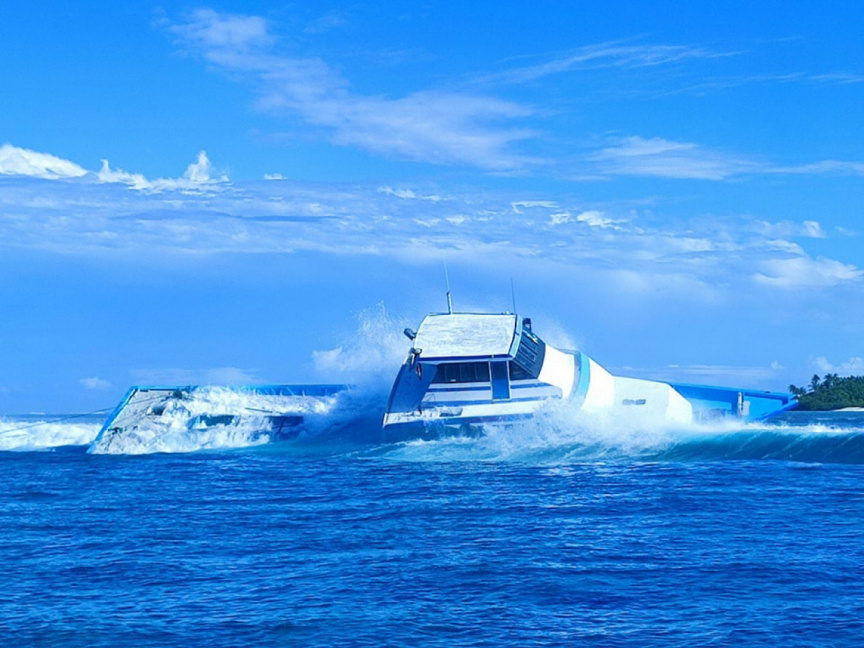 A fishing boat belonging to K. Gaafaru carrying approximately 10-ton fish took in significant damage after running aground on a reef on the way to weigh the catches.

Mubashir said that the incident was reported to the Council this morning. He detailed that when the boat ran aground, it was traveling Male’ City with 10-ton fish aboard for weighing, and selling.

Noting the inability to reach any of the vessel’s crew even at present, Mubashir said that it is likely the crew was engaged in efforts to refloat the boat.

Photos of the incident circulating on social media show the boat wrecked on Himithi reef. Slanted to a side, waves hitting the boat looks to have caused damage to it.