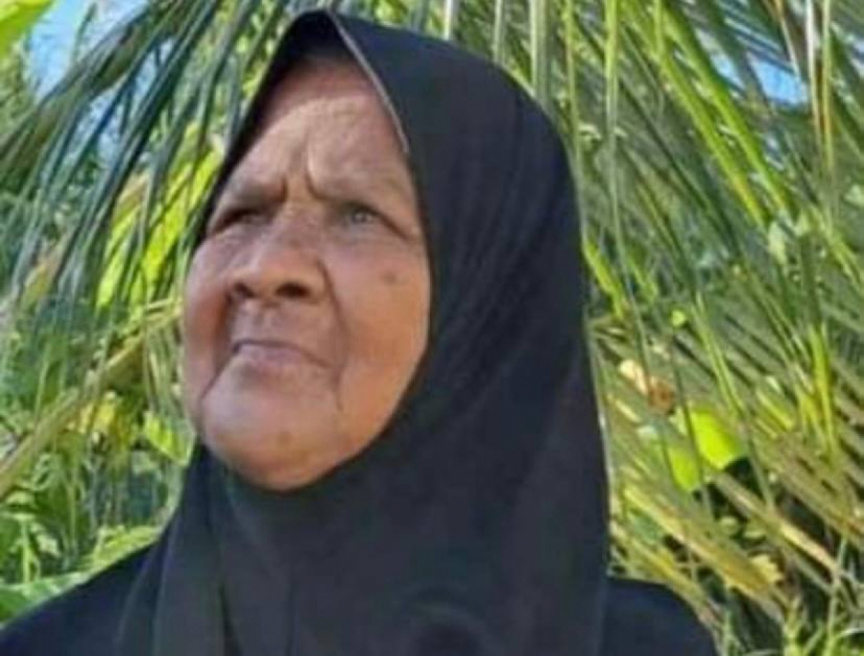 The elderly woman who went missing from L. Gan on Tuesday evening has been located during a search operation for her this morning.

In an earlier statement to Sun, Gan Council President Ahmed Zaki said that search commenced for Khadheeja at approximately 6:30pm on Tuesday. He added that her family reported that Khadeeja had been home earlier in the evening. Zaki also said that Khadheeja suffers from a disability.

Speaking to Sun this morning, Zaki said that Khadheeja was found at approximately 6:15am.

“She was found inside the forest area. Near a bunch of dustbins located at where the sewage system is established,” he detailed.

The council president also thanked Gan residents for cooperation rendered in the search for Khadheeja by the police at MNDF which commenced at dusk on Tuesday.

An elderly woman also recently went missing at GDh. Thinadhoo.  She was discovered hours into a search operation, fallen unconscious inside an uninhabited house.

She was treated in ICU following her discovery. However, she passed away two days later, amidst treatment.